If you are thinking about visiting Portland and have some qualms about the safety of the city, we got you covered.

We are going to deep dive into the statistics, look at some maps, graphs and talk to the residents of the city to give you a better understanding of how safe Portland really is.

Is Portland, Oregon Safe To Visit? 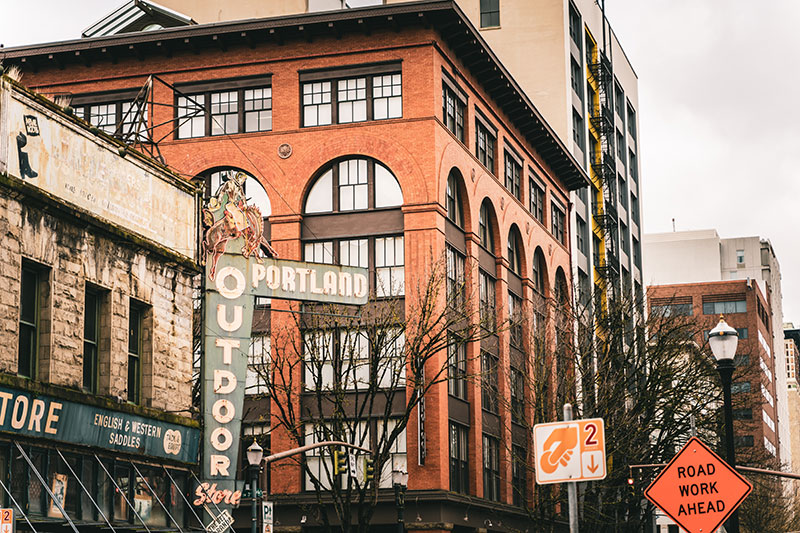 Portland is a moderately safe place to visit. While the media has made Portland out to be some kind of “war zone”, its violent crime rate is not indicative of such a label.

Portland does have issues with property crime and homelessness, which we will elaborate on later in the article.

We were able to find crime data for January 2021 – October 2021 on Portland Police’s website. While we are missing two months, the data shows that homicide, robbery and burglary are significantly up and will surpass 2020 numbers.

Here’s a map showing you how violent crime has trended in Portland over a 30 year period. Violent crime peaked in 1995 when there were 8,833 violent crimes reported and the city had a violent crime rate of roughly 1,738.78 per 100,000 people. 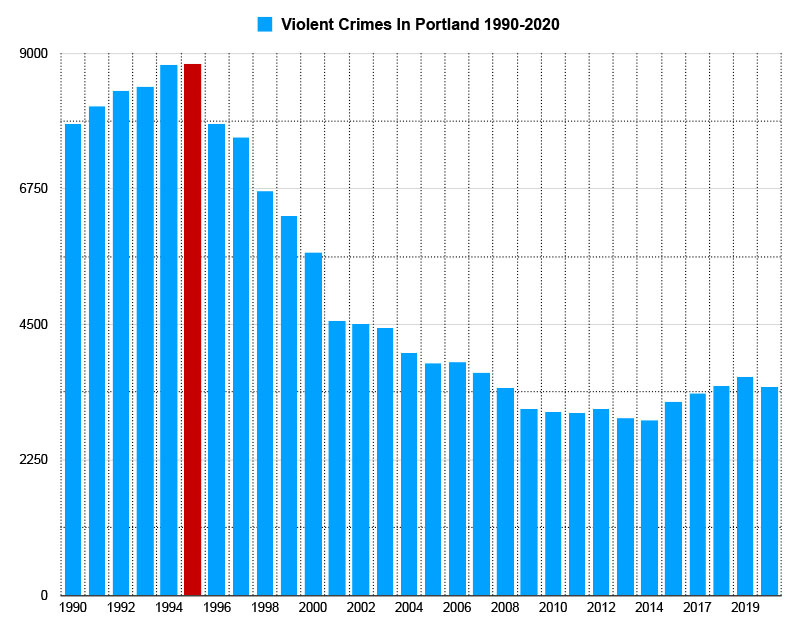 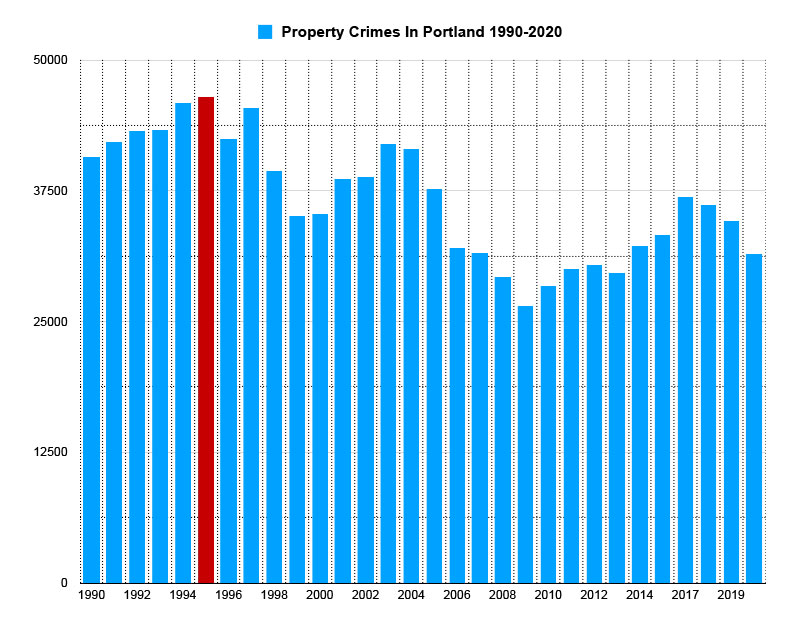 In 2020 Portland reported 53 homicides, which was a staggering 82% increase over 2019, where 29 homicides were reported.

Here’s a map showing you how murder has trended in Portland over a 30 year period. Murders peaked in 1993 when there were 58 murders reported and the city had a murder rate of roughly 11.4 per 100, 000 people. 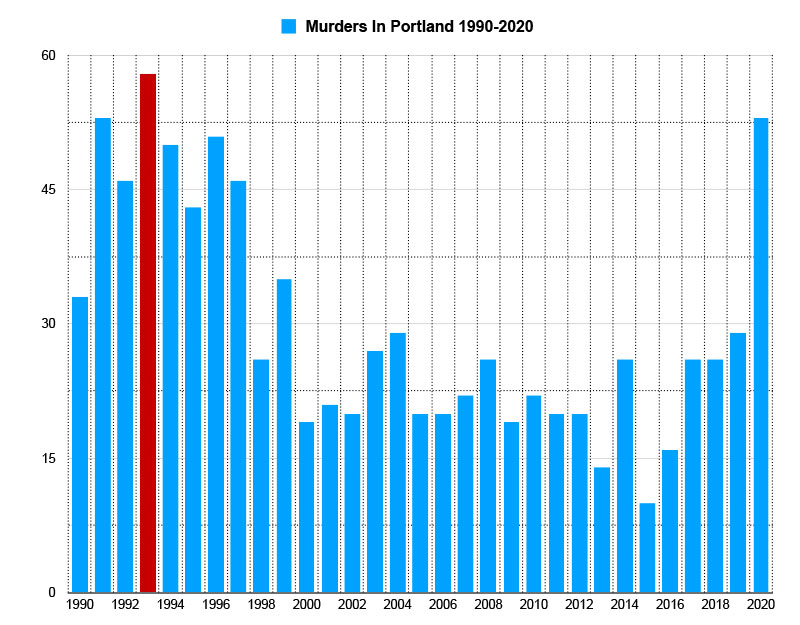 Portland vs The Most Dangerous Cities In The United States

Here’s a list of the top 17 most dangerous cities in the United States ranked by violent crime rates. 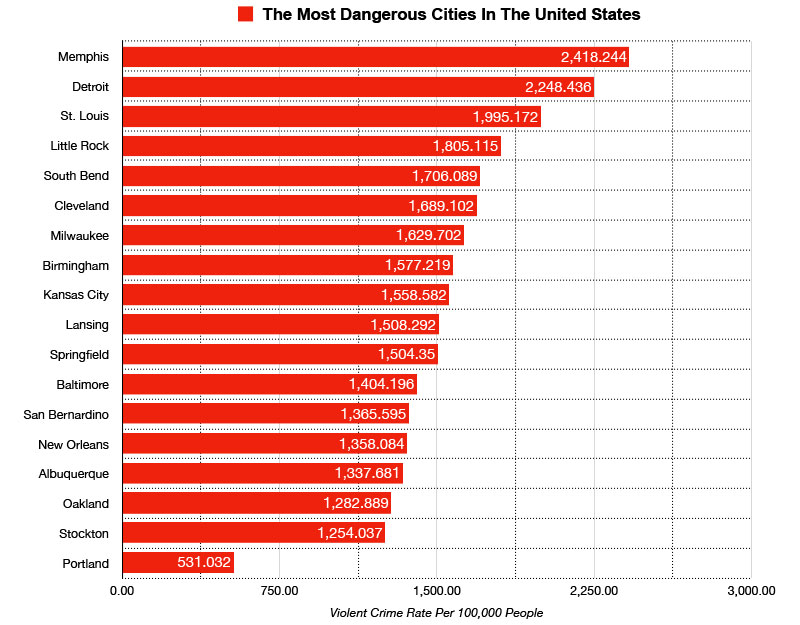 Most Dangerous Neighborhoods In Portland, Oregon

Here’s a map showing you the most dangerous areas of Portland according to the amount of crimes reported in the area. 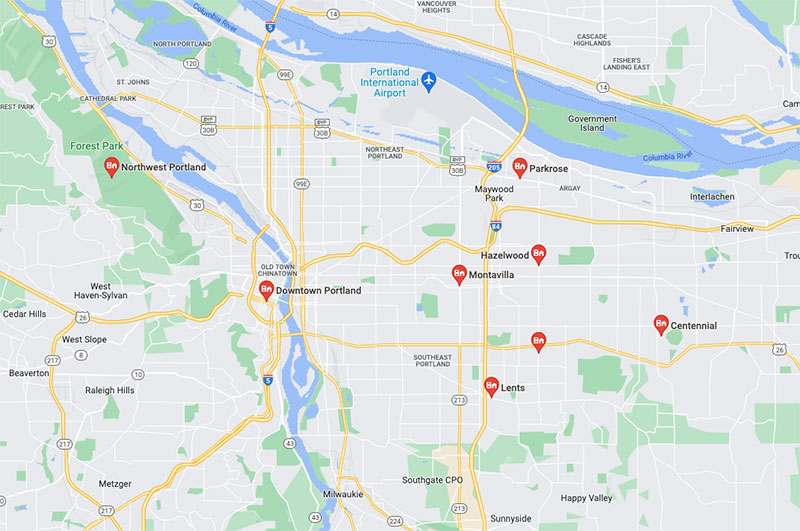 Downtown Portland is not a safe area to visit right now. The pandemic really hit the downtown area hard. As shops, restaurants and stores closed, transients and homeless people filled the void.

There are pockets of downtown that are still nice but overall it’s a cesspool of homeless people, drug addicts, poverty, crime and tents.

The worst part of Downtown is Old Town/Chinatown. It is unpleasant during daytime and is certainly dangerous at night.

What do residents think of Downtown Portland? 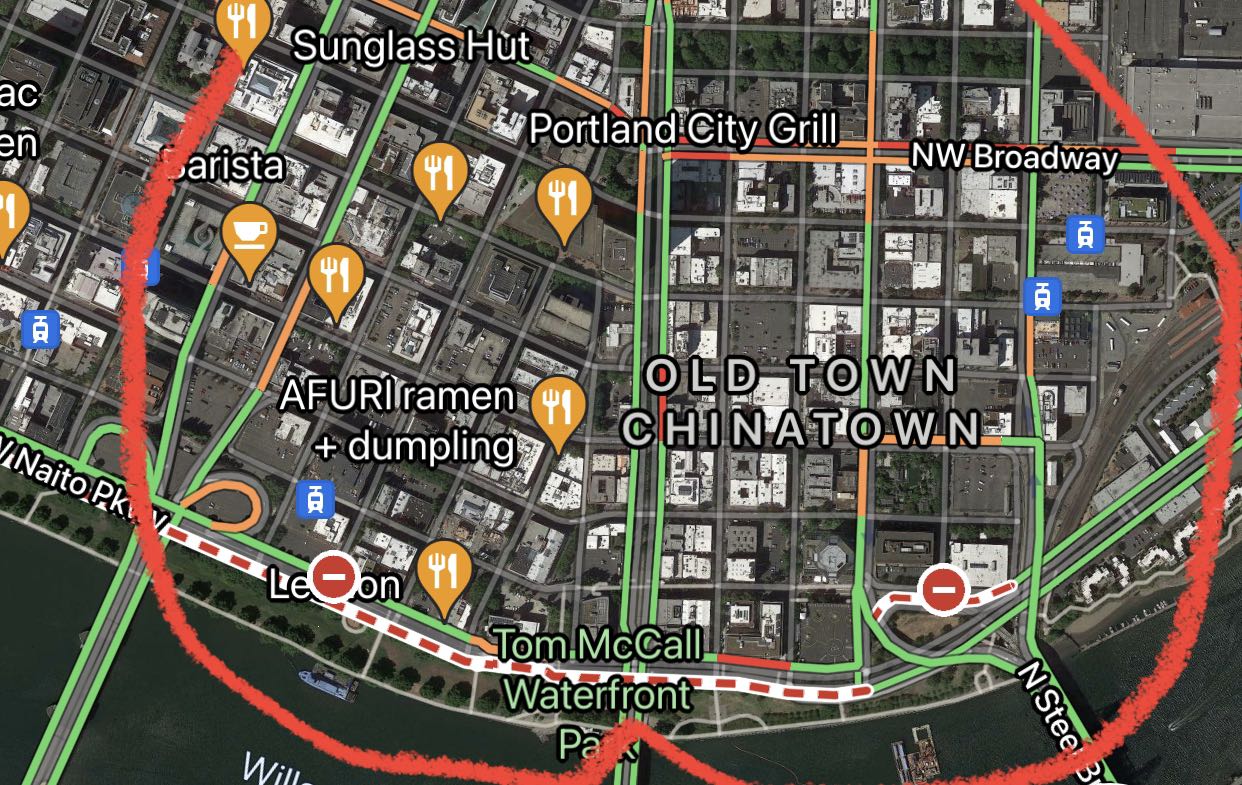 What do residents of Portland say about its safety

Is Portland safe for a woman?

Portland is generally safe for women, but walking alone at night and especially in downtown is not recommended. Many women report being accosted and harassed by transients when walking through downtown, day and night.

Is Portland safe at night? / Is it safe to visit alone?

Portland can be a safer place to visit if you study the layout of the city and avoid the problem areas and also follow the safety tips posted above.

Portland is a moderately safe place to visit. It’s violent crime rate is elevated but not alarming. Although crimes in 2021 are outpacing 2020 numbers, the numbers are still relatively low for a city of its size. Portland’s crime is not even in the same ballpark as cities like Detroit, Baltimore or St. Louis, not even close.

Downtown has suffered the most from the pandemic and the protests. Homeless people and their encampments are strewn all throughout the area and it can be very jarring for a visitor who is not used to seeing such things.

We suggest you avoid the downtown area at night, especially Old Town/Chinatown.

We also recommend that you avoid the areas mentioned above, as well as following the safety tips and you should be able to mitigate your chances of becoming a victim.