On the footstep of Los Angeles, the city of Long Beach is its smaller, beach-side cousin. It’s home to the Queen Mary, the Aquarium of the Pacific, and hosted part of of the 1932 Summer Olympics.

There are many reasons to go and visit Long Beach for a vacation, but there is some speculation to how safe it is.

Here’s a scale to give you some perspective on Long Beach’s crime rate:

The Long Beach Police Department (LBPD) breaks down its crime rating more specifically than many other cities.

The police department has an interactive map that plots crime incidents across the city.

There is hardly a section of the map that is not filled in, though there are some small gaps without reported incidents. 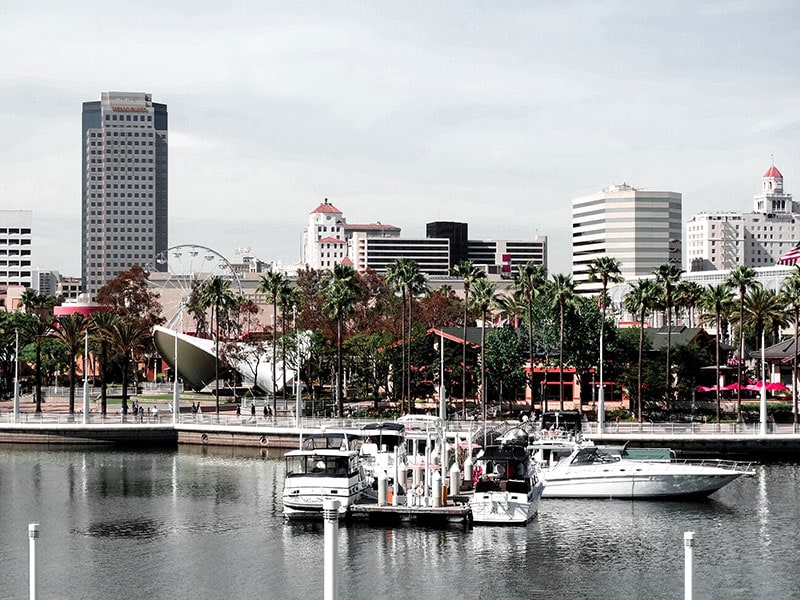 The most recent, complete set of crime statistics comes from the FBI UCR and cross referenced with the Long Beach PD and are for 2020 and 2021:

In 2021 Long Beach reported 2,574 violent crimes and had a violent crime rate of 550.27 per 100,000 residents. Violent crimes include; homicides, rape, robbery and aggravated assaults.

You have a 1 in 182 chance of becoming a victim of violent crime in Long Beach.

You have a 1 in 36 chance of becoming a victim of property crime in Long Beach.

In 2021 Long Beach reported 37 murders and had a murder rate of 7.9 per 100,000 residents. Property crimes include; burglary, larceny-theft, motor vehicle theft, and arson.

Long Beach’s murder rate is 21% greater than the national average.

You have a 1 in 12,642 chance of becoming a victim of property crime in Long Beach.

Here’s a graph showing you how crime has trended over the year in Long Beach. 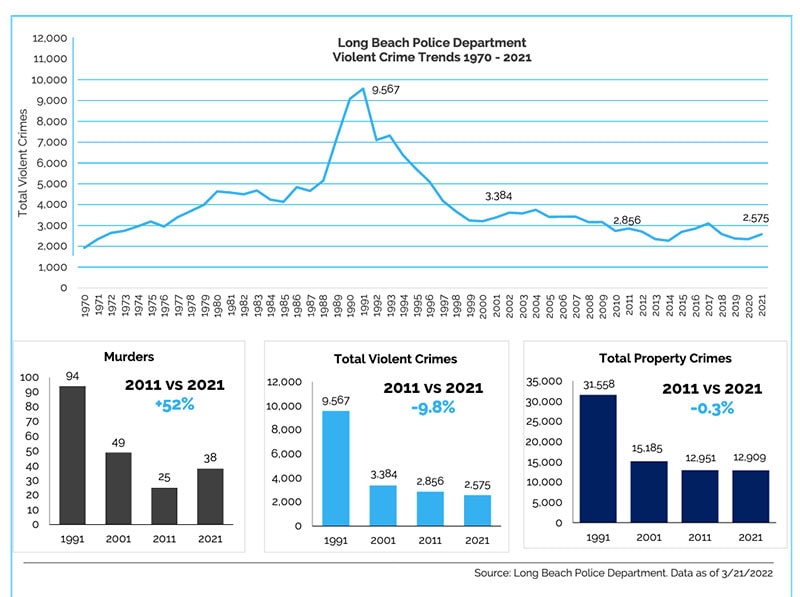 Long Beach’s crime rate vs other cities in California (2020)

Here’s how Long Beach’s crime rate compared to other cities in California. Long Beach had the lowest crime rate for all cities listed.

Here are two crime maps showing you where the concentration of violent crimes and property crimes are in Long Beach (March to August 2021). 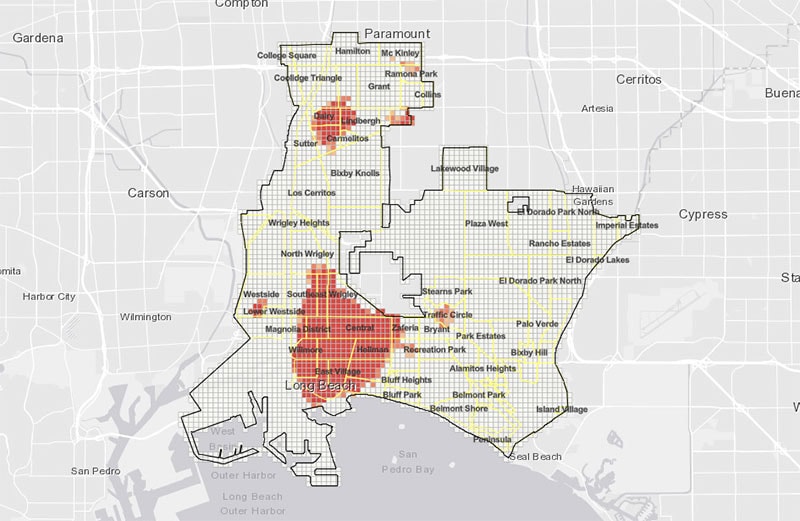 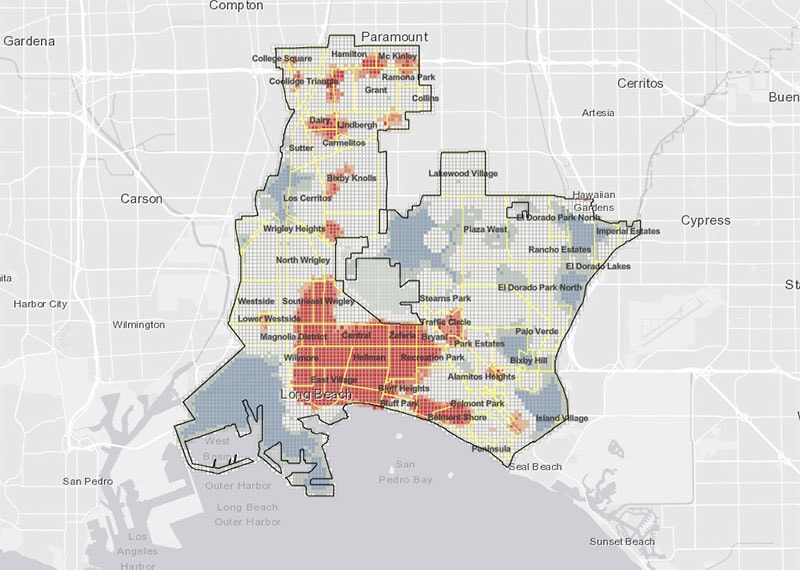 Though a popular tourist destination with plenty of hotels, bars and restaurants – even the aquarium – Downtown isn’t rated very highly on the safe neighborhood list.

Residents don’t seem to think it’s dangerous, though. The best bet is that if you’re vacationing here, be sure to keep your wits about you and not be a clueless tourist or easy target. Also be weary when walking around at night.

Which Neighborhoods Are Safe?

According to actual residents, safe neighborhoods include:

What Do Residents Say About Long Beach?

Long Beach is generally a safeat night as long as you avoid the problem areas and avoid walking through areas that are desolate and unlit.

Be aware that streets and squares that are perfectly safe to visit in the daytime can be questionable and sketchy at night.

Is It Safe To Visit Alone?

Long Beach isn’t a very public transport-friendly city, visiting it alone may not be the best idea.

Unless you’re renting a car, it’s hard to get around Long Beach, let alone closer to tourist destinations and greater Los Angeles.

You could try to navigate the bus system, but be careful not to get lost in an unfamiliar city.

Long Beach PD have a whole page of links to various safety tips based on situation. They’re mostly helpful for residents wanting to protect themselves from identity theft, burglary, hate crimes, scams, and your business. As a visitor, safety tips are pretty straight forward:

Long Beach is a city like any other in that it will have its potential dangers. Its crime statistics shouldn’t scare you away from visiting, though. As long as you exercise caution when visiting you should be able to have a very nice visit.