With its beautiful coastal setting and many miles of serene beaches, Corpus Christi is undoubtedly one of the jewels of South Texas and perfect for any traveler who wants a quiet seaside getaway.

If you are thinking about visiting Corpus Christi and have qualms about the safety of the city, we got you covered. We deep dived into the statistics, crime reports and talked to the residents of the city to give you a better understanding of how safe the safe the city really is.

Is Corpus Christi Safe To Visit? 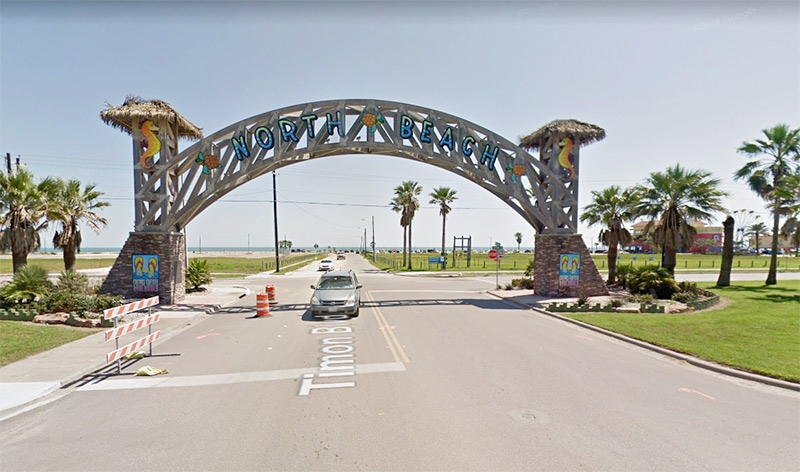 If you only look at the statistics, Corpus Christi is a slightly unsafe place to visit. According to statistics recently released by the FBI, Corpus Christi had the 43st highest Violent Crime rate in the country in 2019, 794 incidents per 100,000 residents. It also ranked 51th for Property Crime rate in the country, 3,565.31 per 100,000 residents.

Looking at a similar sized city with a population of 300k people, Corpus Christi had an average number of murders.

Corpus Christi’s Crime Rate vs The Rest Of Texas

Looking at the table below, you can see that in terms of violent crime, Corpus Christi ranks 4th among the most populous cities in Texas and it ranks 3rd for property crime.

According to NeighborhoodScout, you have a 1 in 115 chance of being a victim of violent crime in Corpus Christi. Compare that to 1 in 77 chance in Oakland, 1 in 55 chance in Detroit and 1 in 52 in St. Louis.

If you look at Austin, you have a 1 in 245 chance of being a victim of violent crime, which is twice as less.

If you look at Houston, the most dangerous city on the list, you have a 1 in 91 chance of being a victim of violent crime, which is 20% more.

The worst neighborhoods in Corpus Christi

A long time Corpus Christi resident filled out this map of good and bad areas and a lot of residents agree that it is accurate: 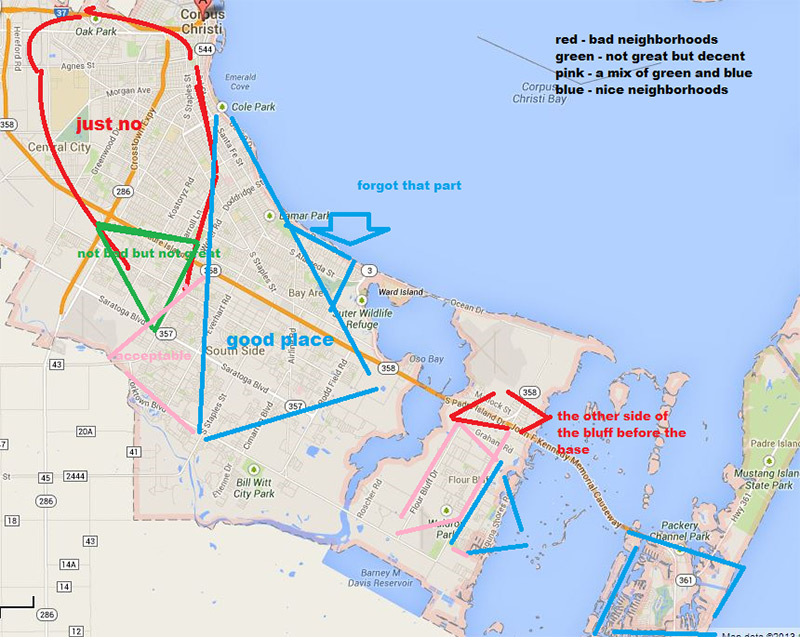 ‘The Cut’ – Located north of I-37, south and west of Broadway, and east of Port Ave: 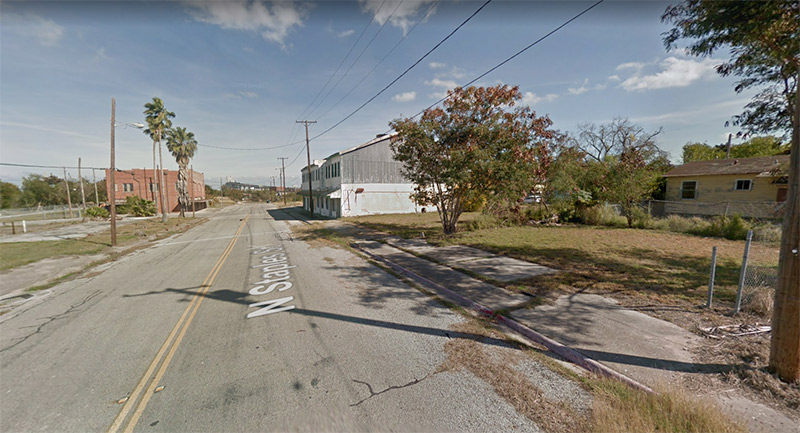 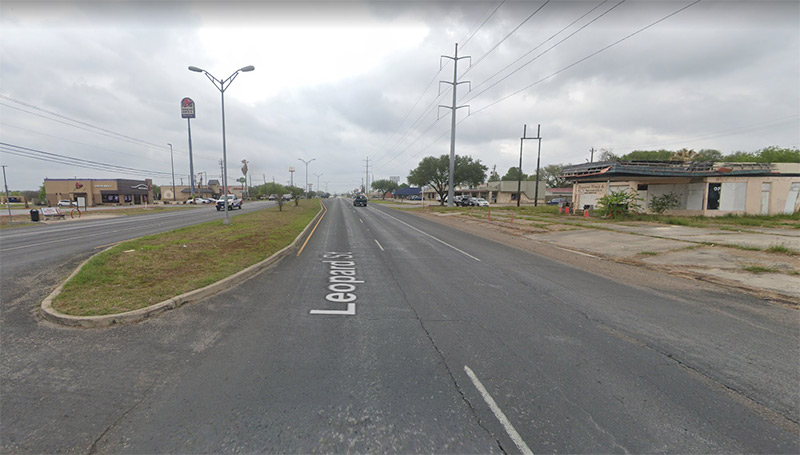 Downtown Corpus Christi is a generally safe area to visit. There is a small hub of bars and clubs in the downtown area that has a police presence.

What do residents of Corpus Christi say about its safety

Is Corpus Christi safe at night?

Like any other city, there are areas where you shouldn’t think of going at night, namely North Corpus Christi, The ‘Cuts’ and Leopard Street. These are the most dangerous areas and even long time residents have qualms about going there.

Corpus Christi can be a safe place to travel alone as long as you know the layout of the city and know which areas to avoid. Corpus Christi is just like any other medium sized city and there are risks involved when you’re in a big town by yourself.

Research the areas in Corpus Christi that you want to visit and Use Google Maps street view to see if the areas are sketchy.

Corpus Christi is a moderately safe place to visit. The crime stats are not indicative of a unsafe area and most residents agree that Corpus Christi is pretty safe with exception of certain areas which include; North Corpus Christi, The ‘Cuts’ and Leopard Street.