Harlem is a vibrant neighborhood and the cultural mecca of African-American history and culture. It’s a neighborhood where you can see historic sites, taste amazing food, hear amazing jazz music and feel the electric energy of its residents.

Lets deep dive into the statistics and talk to the residents of the city to give you a better understanding of how safe the city really is.

Looking only at the crime statistics, Harlem is a slightly unsafe safe place to visit. In 2020, Harlem had a violent crime rate of 802.81 incidents per 100,000 residents. Out of the 100 most populous cities in the United States, Harlem’s violent crime rate is the 29th highest in the nation. Los Angeles, Oklahoma City and Tuscon all have similar violent crime rates as Harlem. 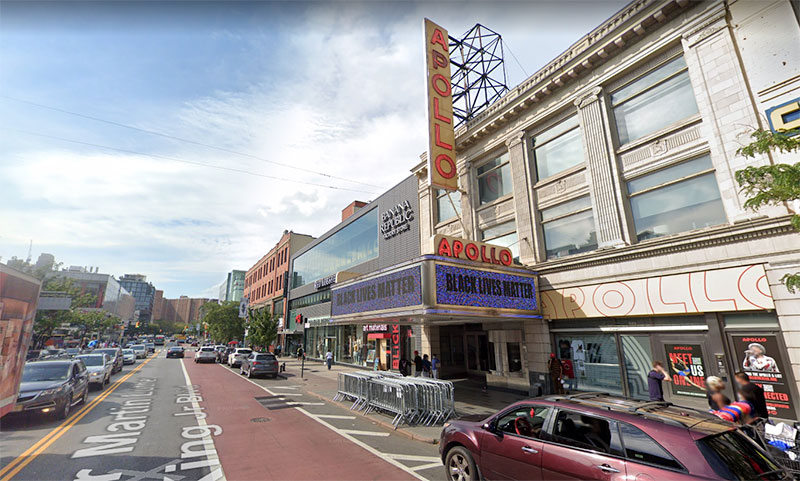 Harlem is part of Manhattan Community District 10 and it is patrolled by the 23rd, 25th, 28th, 30th and 32nd Precincts of the New York City Police Department.

Here’s a map showing you the crime rate for the different precincts of Harlem. The darker areas have higher rates of crime: 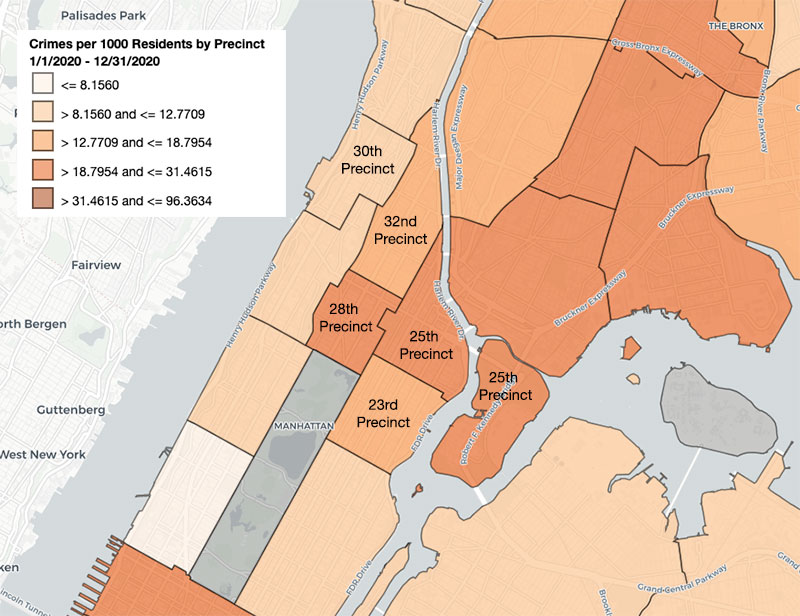 *If you see an error in our methodology to estimate the population of Harlem, please let us know and we will correct it.

We also cross-referenced the NYPD crime map, which showed the population of each precinct and tallied those numbers up.

We averaged the zip code counts and the precinct counts and our estimate for the population for Harlem is 296,314 residents.

Now that we have a rough estimate of the population of Harlem, we are able to calculate crime rates and are able to give you a fuller picture of the safety of Harlem.

Here’s a breakdown of all the crimes in Harlem for 2020:

Harlem vs The Most Dangerous Cities In The United States

Harlem’s violent crime rate is 3 times LESS than Memphis, the most dangerous city on the list.

What do residents of Harlem say about its safety

While East Harlem is statistically the unsafest part of Harlem, it is by no means a war zone, where shootings, robberies and murder are constant. Be careful walking around at night, don’t get involved in illicit activities and don’t wander around the housing projects and you should be fine.

Is Harlem safe at night?

Harlem is safe at night, but If you are visiting New York and don’t know the layout of Harlem, we suggest you stick to the west side of Harlem, as certain parts of East Harlem can get sketchy at night.

Harlem is a safe place to visit alone. However you should take special precautions at night as you will be more vulnerable to becoming a victim of crime.

Tips To Stay Safe In Harlem

After analyzing the crime statistics and talking to the residents of the city, we have come to the conclusion that Harlem is a slightly unsafe place to visit. It’s crime stats are not alarming and many residents agree that Harlem is a fairly safe place to visit. The only problem area is East Harlem. You should be able to mitigate your chances of being a crime while visiting Harlem, if you follow the safety tips above and avoid going into East Harlem at night.