Los Angeles doesn’t get snow very often.  But don’t worry! If you need your fix of snowflakes to survive, you can still live in LA and be happy.

Let’s go over how much snow the city gets, and then dive deeper into some day trips you can make to see some powder!

Does it snow in Los Angeles? 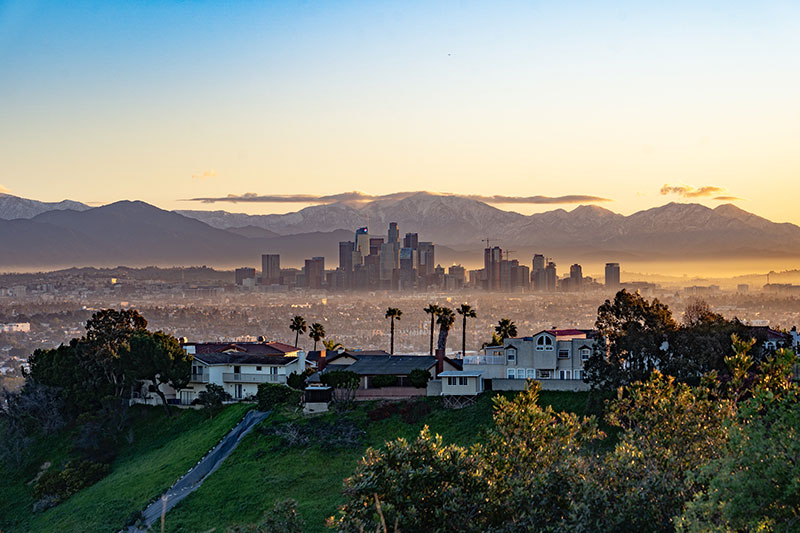 Snow in Los Angeles is rare. The city gets a little bit of snow about once a decade, and a decent amount about once every two decades.

On January 17, 2007, a very rare light dusting of snow fell in Malibu and West Los Angeles.

Why doesn’t it snow in Los Angeles?

The average January low in Los Angeles is 49 degrees F. It needs to be 32 degrees F in order for snow to stick to the ground.

Even if it’s colder in the sky than it is on the ground, the snow will melt into rain when it reaches the warmer climate.

The average precipitation in January in Los Angeles is 2.8 inches, but it’s not cold enough for it to turn into snow.

Why does it snow in New York but not LA?

The average January low in New York is 26 degrees F, with average precipitation being 4.13 inches. The cold weather turns the precipitation into snow.

New York is also much further north than Los Angeles, with Los Angeles being at 34 degrees N and New York being at almost 41 degrees N.

Where does it regularly snow in Los Angeles?

The highest mountains of Los Angeles County can see snow starting in late October, and the smaller ones by early December.

Some snow even remains through mid-summer on the peaks above 7,000 feet in elevation.

5 Best Places to See the Snow Near Los Angeles 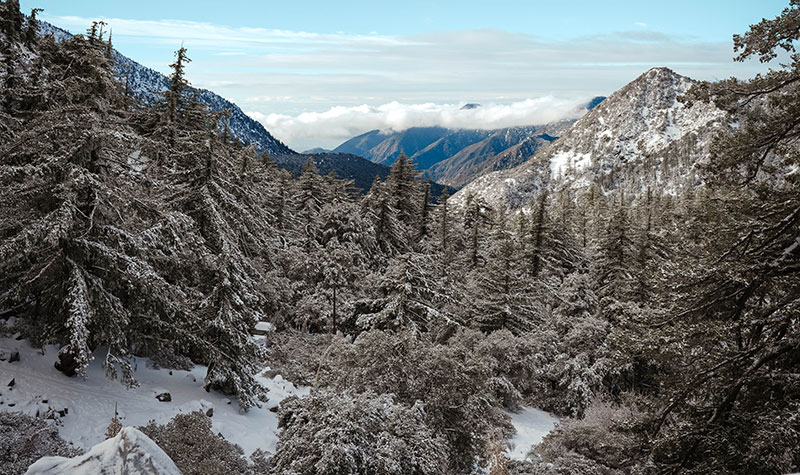 There is also a tubing park on top of the 20-minute long Sugar Pine Chairlift 1 if skiing isn’t quite your speed.

On the top of that same chairlift is Top of the Notch Restaurant, open for breakfast from 9am-11am and lunch/dinner from 11am-5pm. You’ll have an unforgettable scenic overlook of Southern California and the Pacific Ocean while enjoying your food!

You can also access the Top of the Notch Recreation Area that offers tent cabins, zip lines, and disc golf as a year-round destination.

Mt Baldy is roughly an hour away from Los Angeles via I-10 E.

Mount Wilson is a peak located in Angeles National Forest, with a summit of 5,710 feet.

It’s the location of the Mount Wilson Observatory, whose antennas can be seen from the majority of the Los Angeles area.

You can visit for free and see the Hooker 100-inch telescope in the Visitor’s Gallery. There is also an Astronomical Museum, the CHARA Interferometry Exhibit, and excellent hiking.

If you want to spend a bit of money, there are Weekend Guided Tours where you can visit the telescope floor and learn about the observatory from a tour guide.

Mt Wilson is about an hour away from Los Angeles via CA-2. 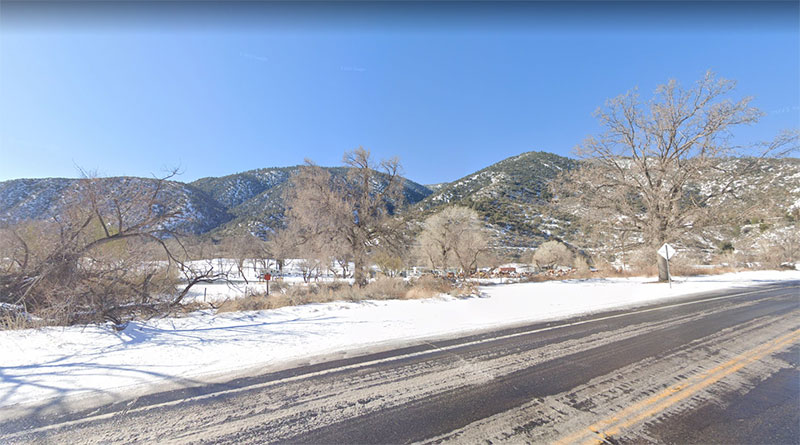 Frazier Park is a mountain community made up of roughly 2,500 residents.

It is located in the Los Padres National Forest and formed around a 28 acre community park with a natural spring fed pond and California oak trees. You can fish, barbeque, play baseball, go to the skate park, or bring your kids to the playground.

Living in the National Forest is something special, with more than 1.7 million acres at your fingertips!

You experience all four seasons at Frazier Park, as a great place to get away from the heat of the Southern California summer.

Elevated at almost 5,000 feet, Frazier Park gets light and medium snowfall in the winter. Mountains capped with snow are a natural part of the winter scenery in Frazier Park.

It takes about an hour and 20 minutes to get from Los Angeles to Frazier Park via I-5 N. 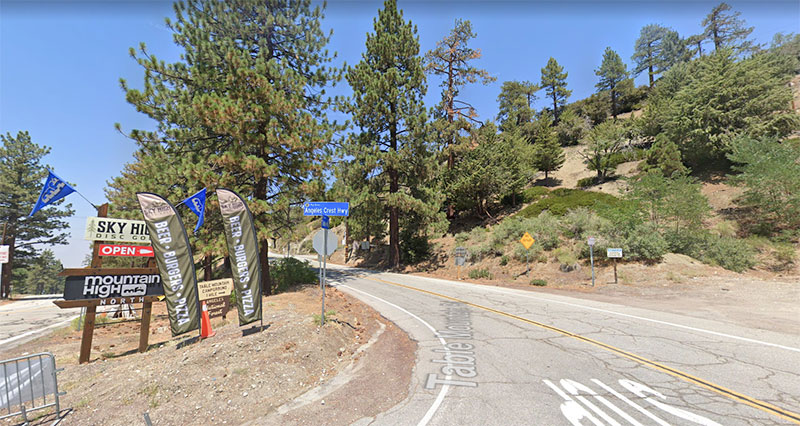 Mountain High’s catchline is “Where You Go For Snow”!

It’s won the awards of:

North Resort is great for beginners and families. It has over 70 acres of beginner’s terrain and also features the largest tubing area in Southern California.

East Resort is famous for its mogul runs, beautiful glades, and scenic views of the Mojave Desert.

West Resort is the most advanced mountain of all three. It has technical terrain and a fun park for freestyle riders and skiers.

You can use this snow planner to estimate how much snow there will be when you visit or to see the daily snow information.

It’s roughly an hour and a half trip from Los Angeles to Mountain High via I-10 E and I-15 N. 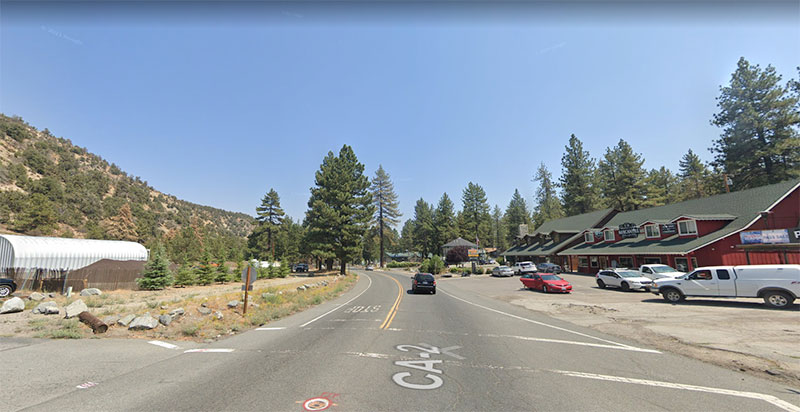 Wrightwood is known as the “town without a traffic light.” It has a population around 3,300 at an elevation of 6,000 feet.

The Serrano Native Americans originally lived in the area. From there it evolved into a cattle ranch, and then an apple orchard, finally settling into a small, quiet mountain resort town.

Wrightwood is an excellent place to go hiking, skiing, fishing, camping, and more!

One area of interest is Devil’s Punchbowl. It’s a county park full of colorful jumbles of rocks, located within the Angeles National Forest. There are short hiking trails in the park that show off its rich geological features, with connections to longer trails that go up the high country.

It’s about an hour and 20 minute drive from Los Angeles to Wrightwood via CA-210.

If you’re from Los Angeles, you may not know much about snow etiquette. This handy guide will go over the basics of how to stay safe in the snow.