In 1821, Mexico gained independence from Spain and was the owner of Texas until 1836. Settlement of this Mexican Texas was encouraged by granting 307 parcels of land to families or unmarried men who would develop the province.

Once such recipient of a parcel of land was Churchill Fulshear, the founding father of Fulshear, Texas, who first established the town on July 16, 1824.

The town developed thanks to a cotton gin and flour mill as well as the eventual establishment of a railroad station.

Things became official when a post office was granted to Fulshear in 1890. The town took a hit during the Great Depression and risked disappearing entirely, but the remaining inhabitants kept Fulshear going until it was officially incorporated in 1977.

Today, Fulshear covers 11 square miles of land and is home to over 12,000 residents.

Where Is Fulshear, TX?

Fulshear lies just on the western edge of Houston. It’s a straight shot to the city center.

Driving down the Westpark Tollway will get you there in under 40 minutes, allowing you easy access to all the regional and international airports around the city.

The next closest cities are Austin (two hours fifteen minutes) and San Antonio (two hours forty minutes), but being a mere hour and a half away from Galveston and the beach, there’s not much reason to go inland.

While there are plenty of interesting places to go nearby Fulshear, there’s also a ton to do within city limits.

Here are some of the top things to do in Fulshear, TX: 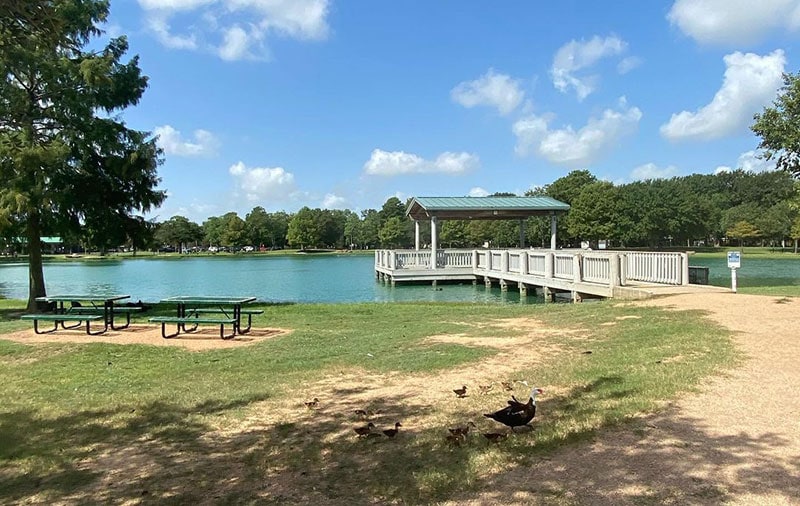 Just north of Fulshear, TX is the town of Katy. Opened in 1991, it was designed as a place for families with a focus on children and the disabled.

There is plenty to do for everyone in the park’s 32 acres, going beyond playgrounds and picnic tables.

A small corner is dedicated to unleashing your dog so the family pooch can run free.

The lake in the center of the park is ideal for feeding ducks or even freshwater fishing. For those looking for some more lively entertainment, there is a public indoor pool and even a mini golf course. 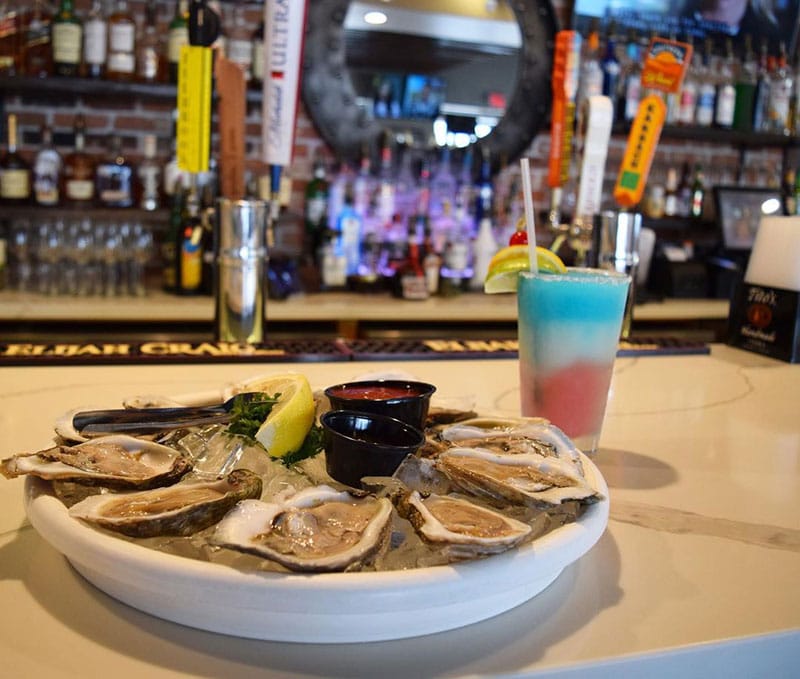 After you’ve worked up an appetite at the park, Pier 36 Seafood and Oyster Bar is a family-owned fresh seafood restaurant and is one of the best restaurants in Fulshear.

They serve southern classics like fried catfish and seafood gumbo. They have a happy hour from Monday through Friday so you can pair your fresh oysters with a nice cocktail.

You can be reassured by their success as the small business has been able to open a second location, both of which are highly rated on Yelp.

You can find their menu online, but they also have daily, monthly, and seasonal specials to choose from. 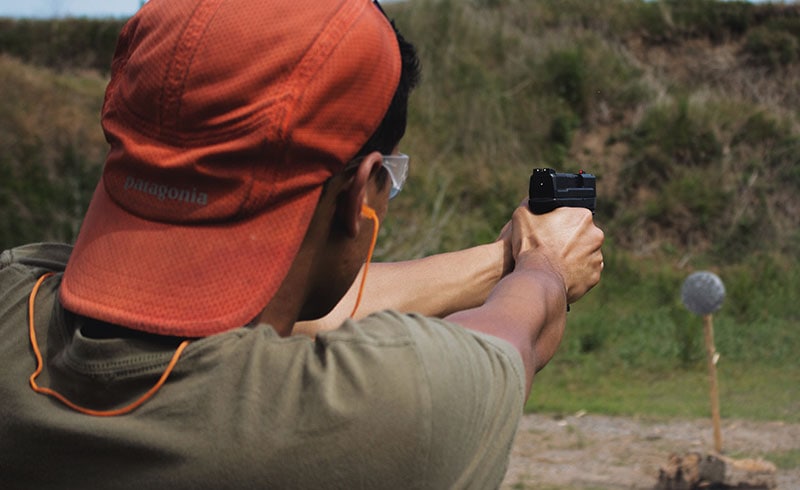 Just outside of town along the Brazos River is the Sportsman’s Club that shares its name. Here, gun-savvy visitors can practice their shooting over ten pistol ranges, rifle ranges with different distances, with sporting clays, and go through tactical training.

The Club is open seven days a week, but you must call ahead to reserve your space. It’s a shooting range that welcomes all levels and offers training sessions for visitors.

You’re also able to organize special events there for things such as business outings. In the past they’ve even hosted fundraisers. 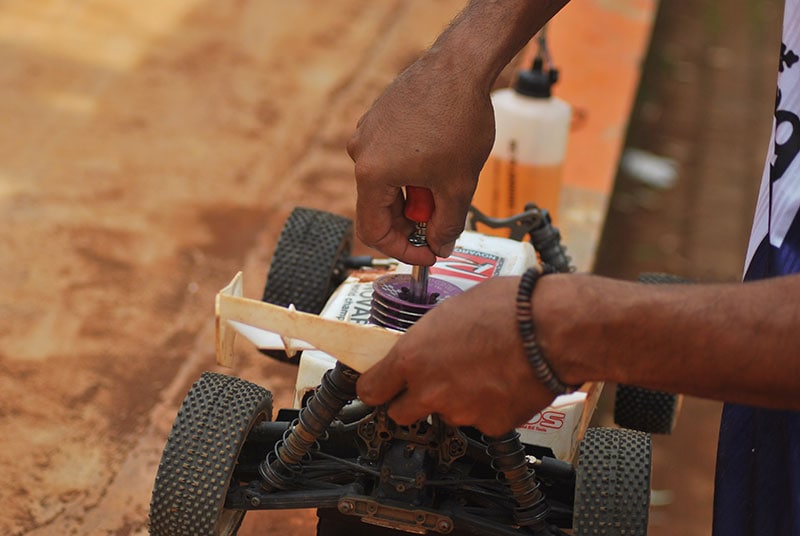 For more grounded fun, check out X-Treme RC. They’re open every day but Monday for everything RC related.

Monthly meetings allow for meet-and-greets, practice, and racing. They have two indoor tracks (a mini-z and a mini-crawler) and two outdoor tracks (an offroad and a crawler) to test your speed on.

They update their website daily so you know which tracks are open given the weather conditions.

They also offer lessons for beginner enthusiasts and carry out repairs. It’s not expensive to get started as you can rent an RC to begin with. Add X-Treme RC to the list of things to do in Fulshear.

5. Things to do in Fulshear, TX: Hike the Flewellen Creek Trail 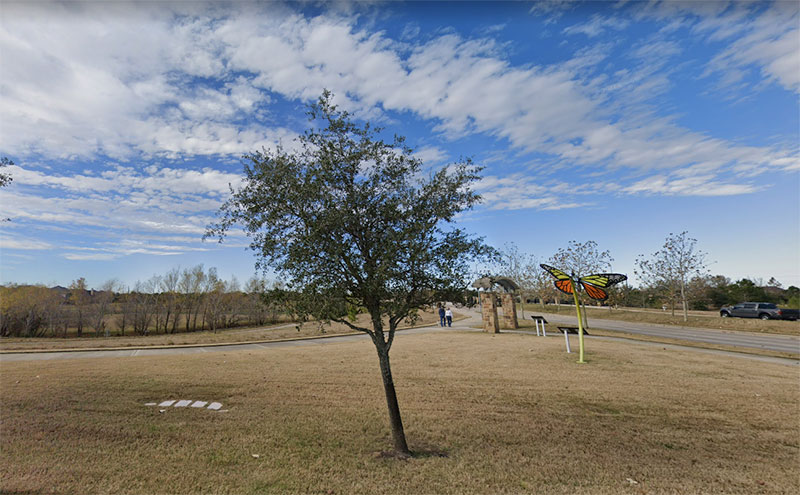 Right in the center of town you can get a breath of fresh air and feel like you’ve left suburbia behind by having a walk down the Flewellen Creek Trail.

The path starts on Cross Creek Boulevard and winds two and a half miles through Flewellen Creek Park.

There is plenty of local greenery to enjoy, but do be aware that wild animals call this park home, too. There are signs warning about the potential of alligators and snakes.

Dogs are welcome along the trail as long as they’re kept on their leash – for their safety as much as others’. 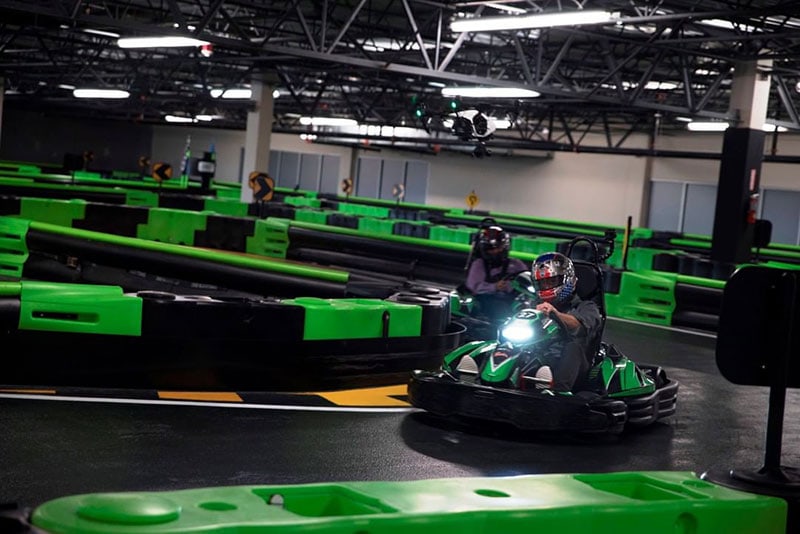 If you want a life-sized racing experience, Andretti Karting and Games has three levels of track to race on that are designed for beginner or intermediate adults, juniors, or a short five-minute heat race reminiscent of Mario Kart.

The “games” part of the event space goes beyond arcade games – they also have VR and a full laser tag and full mini golf course.

Each event is individually priced, but they also offer packages that let you indulge in several different experiences.

You can have a fun family afternoon or plan a party or other social event. Andretti Karting is a must for any visitor to Fulshear. 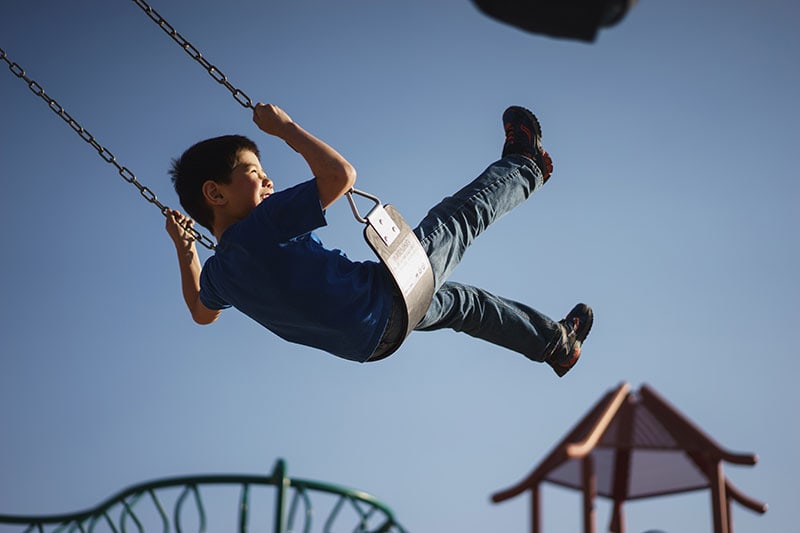 It is a sports-oriented park, providing the community with five tennis courts, a basketball court, a sandy volleyball court, and nearby kayak launches into the creek.

There is a covered picnic pavilion at the park to relax at in between matches, plus plenty of parking for everyone on the team.

It’s an ideal place for every member of the family to find something to occupy their time and offer up some fun competition. 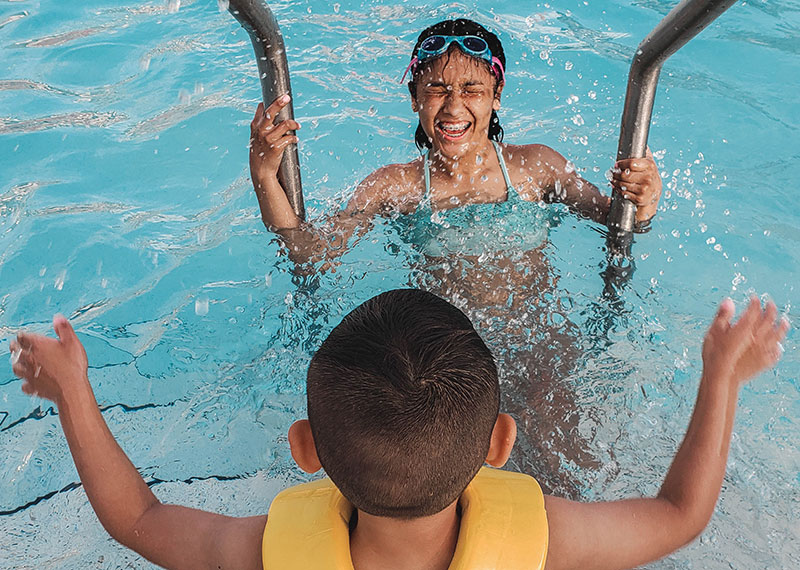 Adventure Island is a great place to take the family while visiting Fulshear.

Cross Creek Ranch is also home to Adventure Island Waterpark. This is so much more than an outdoor municipal pool.

Yes, there is a wading pool as well as one with dedicated lap lanes. There is also, however, a resort-style swimming pool, children’s Splash-n-Spray Park, and massive 140-foot water slide.

You can beat the heat with the whole family and while the kids burn off their high energy you can relax by lounging on a shaded deck to keep from burning up in the hot Texas sun. 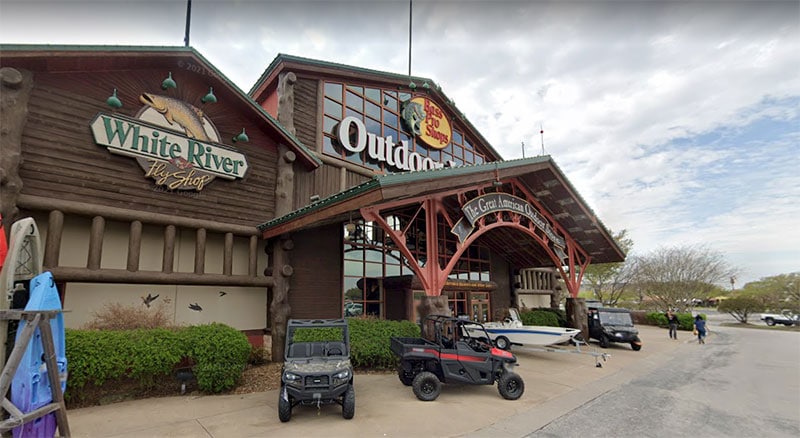 If you’re worn out from all the activities to do in Fulshear or the weather isn’t great, you can spend the day at Katy Mills.

It’s a Simon mall that has all your favorite brands with a focus on outlet shops ideal for good savings.

There are plenty of places to stop for lunch within the mall from fast food to dine-in restaurants.

While there’s an AMC movie theatre like every mall, there’s also Dig World right at the head of the shops where adults and kids both can learn about and safely play with heavy construction equipment.

10. What to do in Fulshear, TX: Liberatus Jiu Jitsu 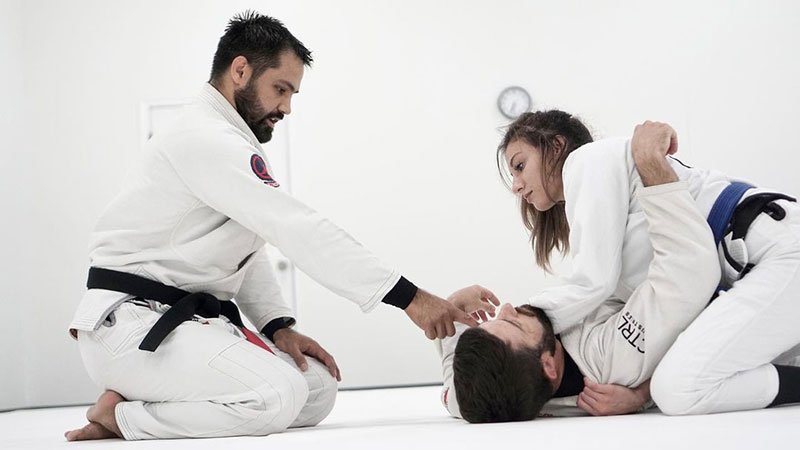 Looking for an alternative to the usual sports teams? Liberatus is a jiu jitsu studio in Fulshear that offers training and instruction in the martial art.

The family-owned studio can teach hobbyists and beginners, but are part of the BJJ Revolution team that competes on a national level.

If you’ve never done jiu jitsu before and aren’t sure if it’s the right for you, you can sign up for a free trial lesson to give it a go.

If it turns out to be the perfect fit for you, you can sign up for a monthly membership.

History lovers will enjoy dropping in to the Rosenberg Railroad Museum in its namesake town, just south of Fulshear.

The museum was founded on actual former railroad land and is home to historical artifacts that help preserve the history of the railroad’s influence on Fort Bend County. Fulshear wouldn’t likely exist without the railroad.

There are a couple restored, real-life train cars, a model train room, and an outdoor model trail Garden Railroad that recreates the area from the 1950s. 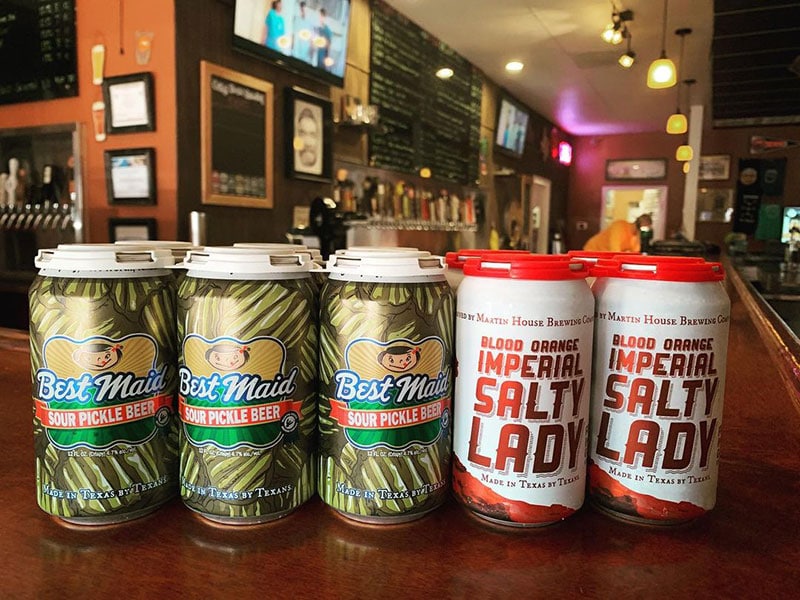 Wednesday through Sunday, cerevisaphiles can indulge at the Growler Spot. For those not familiar with the term, it might make more sense if we say craft beer lovers.

The Growler Spot – named after a large, takeaway beer jug – has forty continuously rotating taps from local craft breweries across Texas as well as some out-of-state treats.

Anyone you go with who isn’t a hophead can rest easy as there’s also a wine menu.

Nobody has to worry about operating on an empty stomach as there’s plenty of appetizers, sandwiches, and pizzas to choose from.

Big cities aren’t always the only place to have a good time. Just outside of the largest city in Texas, Fulshear offers a great place to live and never be bored.

There’s plenty to do for anyone who visits Fulshear for a short time, but also plenty to do that will convince you to stay.

Map of Things To Do In Fulshear, TX