People hear of towns outside of Los Angeles and think that places like Burbank or San Bernadino are small. While they are, compared to the megalopolis of L.A., they’re still giant compared to much smaller towns and hamlets that call the greater L.A. area home.

La Crescenta is one of these such places – a small town on the very edge of Hollywood glamour and greatness.

The history of La Crescenta goes back centuries, as it was the ancestral home of the Tongva peoples, a tribe native to present-day California. In 1843, the Mexican government granted the land to one of its citizens.

It officially gained its name in 1888 when an early settler, unfamiliar with Spanish, chose La Crescenta. In actual Spanish, it would have been El Creciente. But, the US Post Office took up the name and it stuck ever since.

What is La Crescenta famous for?

Through the 20th century, La Crescenta was home to two different sanitariums: one institution called Rockhaven and a more notorious one called Kimball Sanitarium. The latter was where famous actor Bela Lugosi went for his morphine addiction and other patients received shock therapy. Happily, it shut down in the ‘60s. Rockhaven continued compassionately helping female patients through 2006.

In more recent, happy history, La Crescenta made the news in 2012 when a black bear wandered out of the Angeles National Forest through town, raiding trash cans and eating meatballs and tuna.

The bear was safely subdued and returned to its natural habitat. Otherwise, La Crescenta has simply profited from its proximity to Hollywood, serving as a movie filming location for shows like Glee, Mad Men, and True Blood.

Where is La Crescenta? How far is it from major cities?

La Crescenta is an unincorporated area just north of Los Angeles. That means that it’s not its own city in its own right and nor is it a neighborhood of another city.

It sits on the southern edge of the Angeles National Forest, just north of Glendale and Pasadena. It takes a mere 30 minutes to drive into the center of Los Angeles, traffic depending.

Things to do in La Crescenta, California: 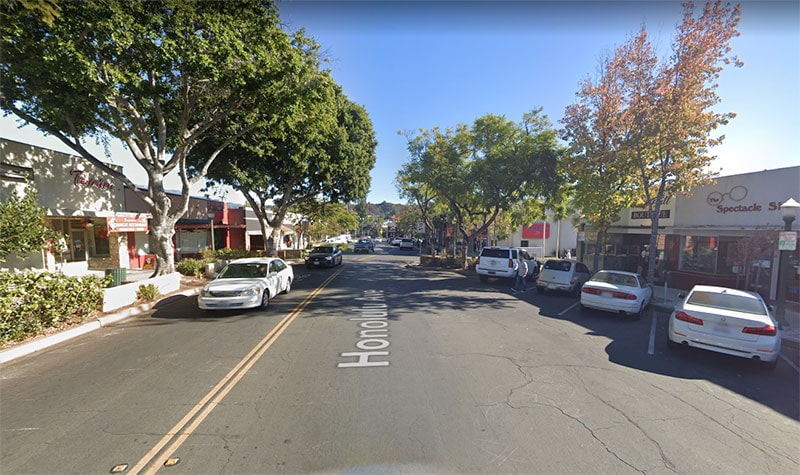 Just below La Crescenta in Montrose, Honolulu Avenue is the main drag full of shops, restaurants, and event spaces bathed in California sunshine.

It’s an iconic view that encapsulates small town California that many will recognize – and not just because of the ideal it inspires, but because Honolulu Avenue has actually been the film set of many Hollywood productions.

Hit comedy The Good Place and famous films like The Wedding Singer and Hitchcock (2012) have filmed scenes on Honolulu Avenue.

Even the Montrose Bowl bowling alley was used in Clint Eastwood’s Jersey Boys (2014). There are no official tours, keeping tourism down to a self-guided calm 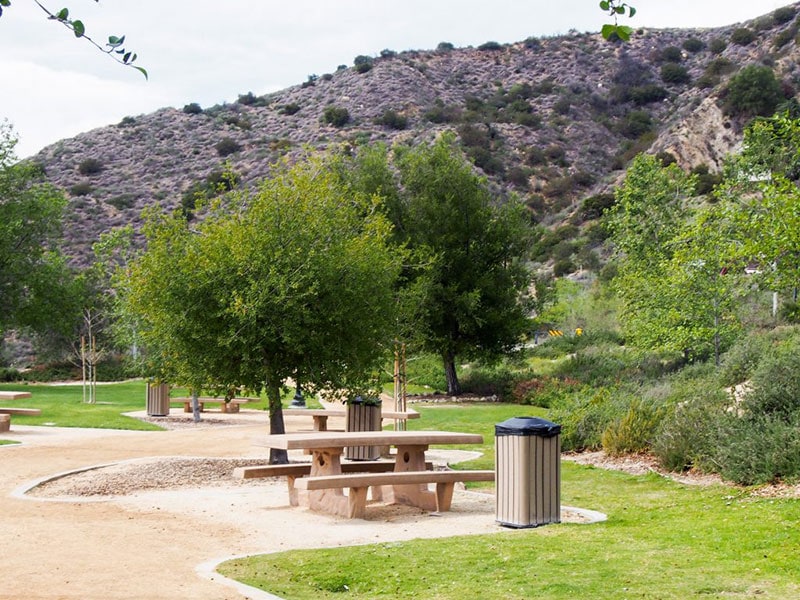 Dwarfing the preserve, the Deukmejian Wilderness Park is 709 acres of land in the foothills of the San Gabriel Mountains, on the edge of the Angeles National Forest, with views of the Crescenta Valley and Los Angeles basin.

Aside from one small, developed corner where the Park Center features a historic barn, the park ranger station, parking, and restrooms, the park is otherwise undisturbed.

Almost eight acres of land are proteced by the Arroyos & Foothills Conservancy to form the Rosemont Preserve. It is a wildlife sanctuary hoe to deer, mountain lions, black bears, coyotes, and more.

Over thirty species of mammals, 56 species of birds, and many amphibians, reptiles, and invertebrates call the area home. You can try and spot them along with many native California plants while meandering throughout the preserve’s 1/3 mile worth of trails.

Rosemont is especially known for student field trips, focusing on education of conservancy and environmental protection.

For those who enjoy to push themselves when exploring the outdoors, the Earl Canyon Mountainway is a good adventure.

It’s a moderately challenging trail that is 6.7 miles to the end and back. It has a steep incline, gaining close to 1,000 feet in elevation.

It should take about three and a half hours, not including time to stop and enjoy the view. It’s open year round and accessible to both hikers and mountain bikers.

The trail begins where the pavement ends at the yellow gates. Previous hikers highly recommend sturdy shoes if not trekking poles to help you on the walk.

As it’s arguably the best trail in the Deukmejian Wilderness Park, the Crescenta View trail deserves its own mention.

It’s a 6.2 mile hike that is considered to be moderately challenging. It’s popular for people looking for a hearty hike as well as birdwatchers – Deukmejian is home to many species.

As it’s a wilderness park, dogs are welcome on the trail but must be kept on a lead at all times. The trail should take about three and a half hours to walk the whole thing, but there is a good stopping point after two miles if you’re happy to turn around there. 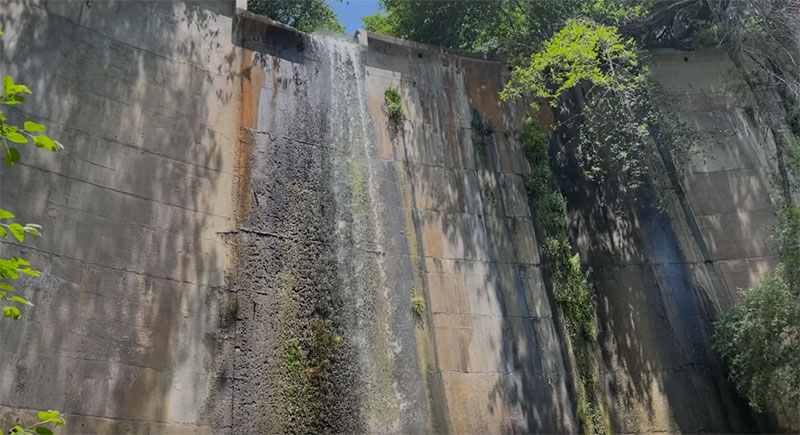 No Hoover, the Brown Mountain Dam is still a nice sight to see, just above La Cañada Flintridge. It was formed in the early ‘40s by the US Forest Service to support their Los Angeles River Watershed Program.

The dam stores 600 acres of water. You can hike to see the dam by following the Gabrielino Trail which is the main trail that winds up the canyon to a picnic area.

If you continue past the picnic area for 200 yards, you’ll find the dam. It’s an impressive wall rising 81 feet in height. 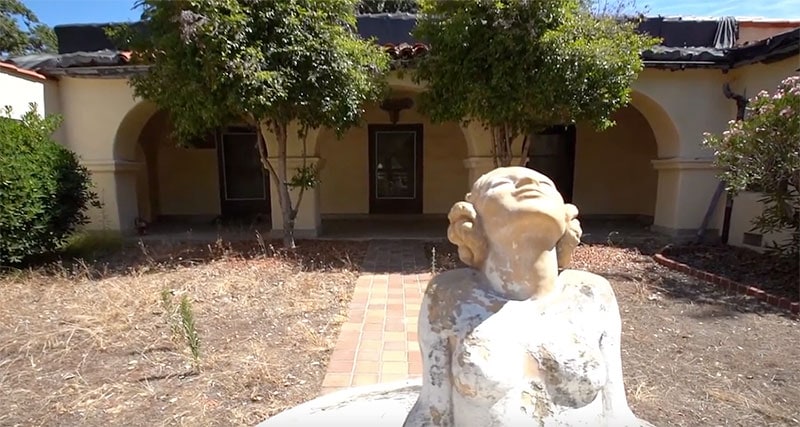 Friends of Rockhaven is a non-profit charity that works to develop and preserve the Rockhaven Historic District, a place of local history.

On the site is the historic Rockhaven Sanitarium, a former feminist institution for mentally ill women.

Rockhaven stood out against other sanitariums because it was not a lucrative venture, but one founded by a woman who care for the ladies using her own savings.

The home continued into the 21st century, specializing in the treatment of elder women with dementia, until it closed in 2006. Friends of Rockhaven work to rehabilitate the historic site to turn it into a public park and community center.

Ever wanted to do a big roadtrip, but never knew where to start? The Angeles Crest Highway was literally built for that purpose. 66 miles of road run through the Angeles National Forest from La Cañada Flintridge to the mountaintop junction with SR138.

Construction started in 1929 and ended in 1956, delayed due to the war. The scenic byway isn’t simply a way to get from point A to point B.

There is plenty to along the drive, with points of interest and breathtaking views to stop at.

There are also several camping sites along the road, so you can take your time and space the trip out over several days.

Unlike the other hikes, this trail is on the south side of 210. The Whiting Woods Mountainway is the most challenging hike on this list.

It is a 5.7 mile there-and-back trail – if you choose to come back. The trail technically ends at the Verdugo Mountainway which splits into two trails which connect to many others in the area.

If the steep 1,500 foot incline didn’t get to you, the possibilities are endless. If the incline did wear you down, though, there’s a bench at the end of the Whiting Woods trail to rest on before heading back down.

Montrose Community Park is the ideal place to go when you want the kids to blow off extra energy.

It has everything you want from a town park, including an extensive play set with plenty of slides and monkey bars for them to climb on and under.

There is also a basketball half-court, tennis courts, a soccer field, and baseball fields for the older kids to practice their team sports.

While they run themselves ragged, you can relax in the shade of the trees on the grass or have a picnic at one of the tables.