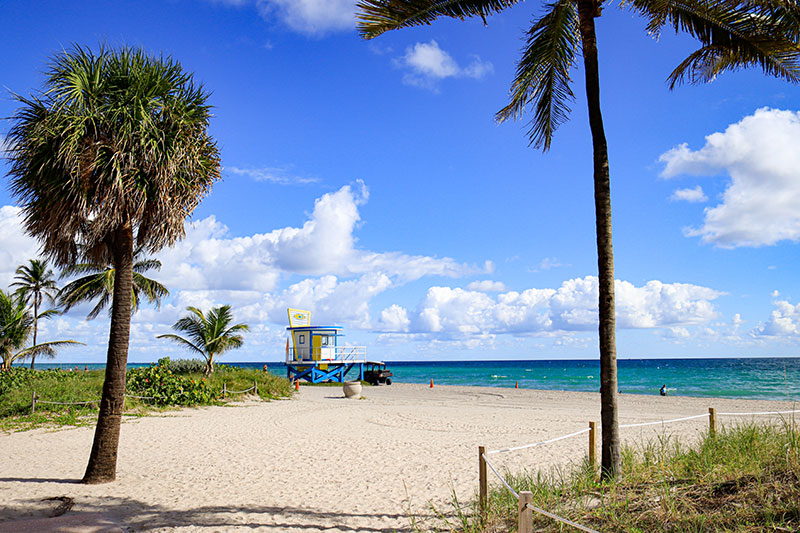 If you are thinking about visiting Hollywood and have some qualms about the safety of the city, we got you covered.

We are going to deep dive into the statistics, look at some maps, graphs and talk to the residents of the city to give you a better understanding of how safe Hollywood really is.

Is Hollywood, Florida Safe To Visit?

Statistically speaking, Hollywood, Florida is a safe place to visit. In 2020, Hollywood had a violent crime rate of 354.09 per 100,000 people, which is below the state and national average and is on par with cities like San Jose, Anaheim and San Diego

As a tourist, and assuming you will be going to the beach and doing normal touristy things, you should have absolutely no problem while visiting Hollywood.

Most of the crime in Hollywood occurs west of the US1 and away from places a tourist would want to see or visit.

Here’s a map showing you how violent crime has trended in Hollywood over a 30 year period. 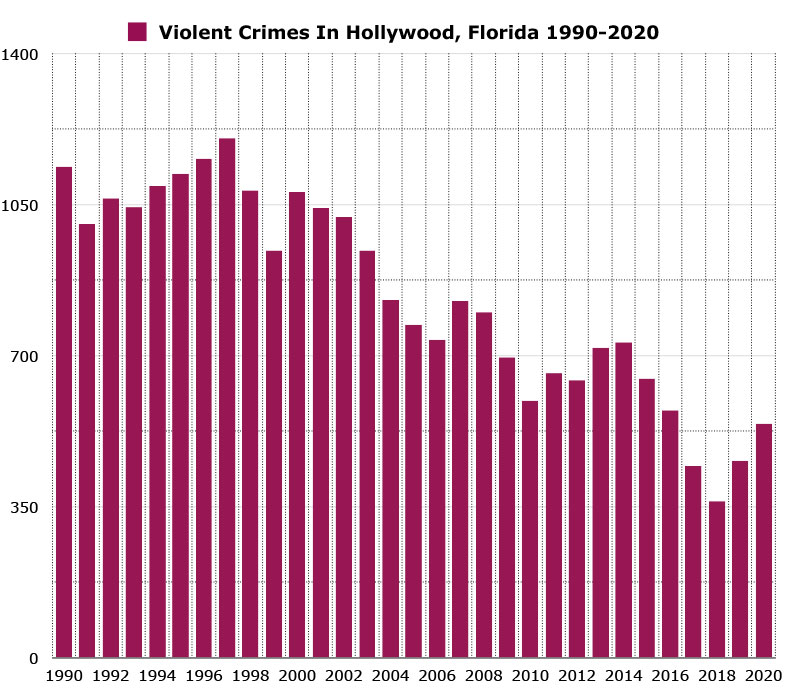 Here’s a map showing you how property crime has trended in Hollywood over a 30 year period. 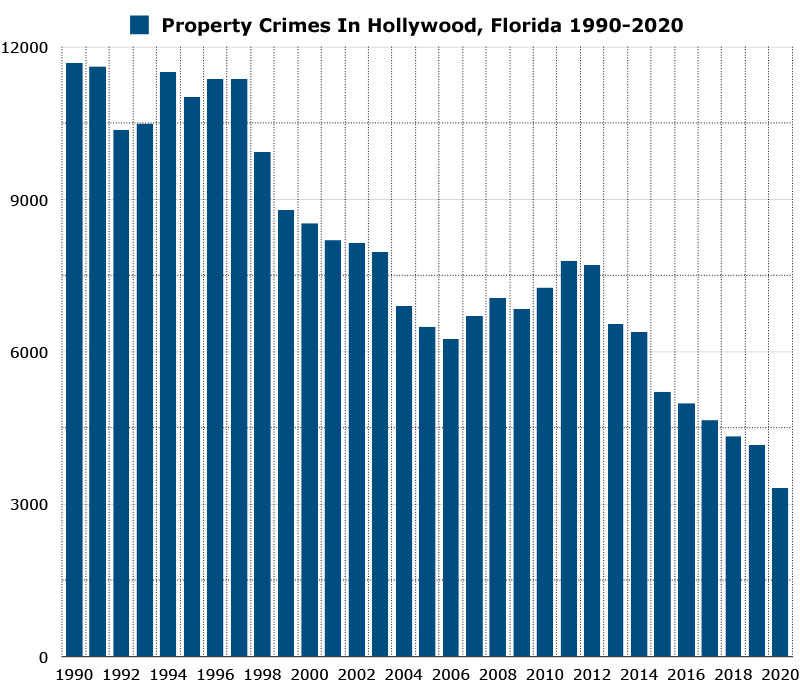 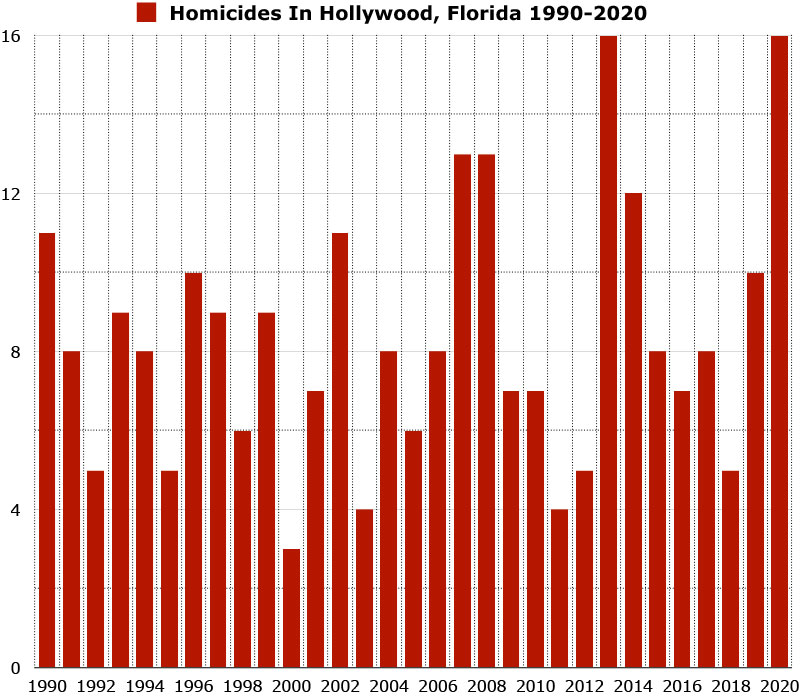 Hollywood vs The Rest Of Florida 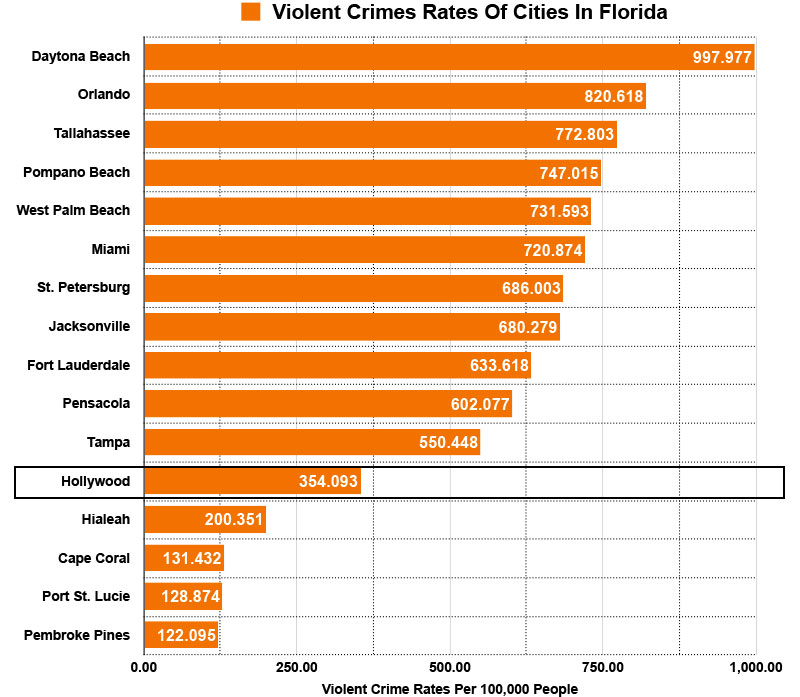 Is Hollywood, Florida Safer Than Miami?

Hollywood, Florida vs The Most Dangerous Cities in the United States 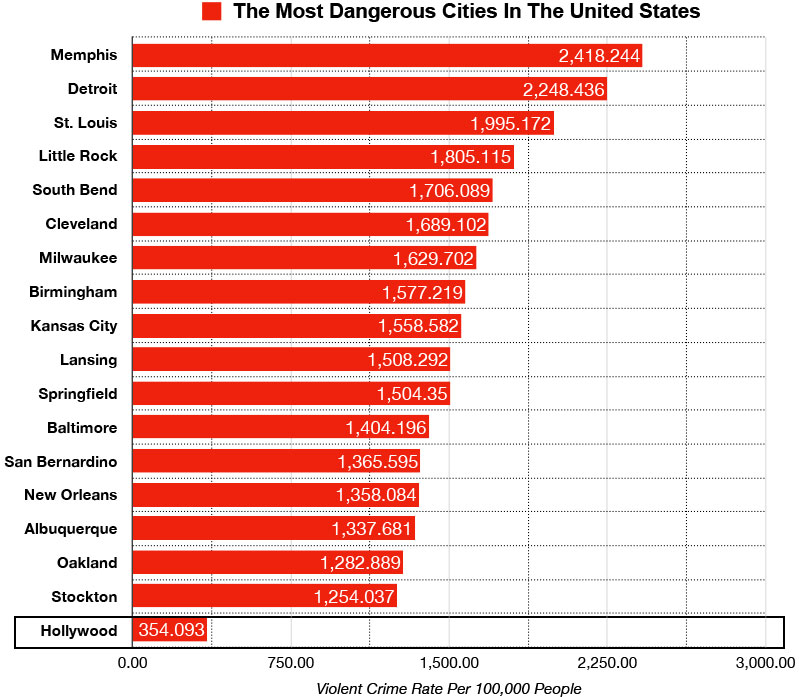 The Most Dangerous Neighborhoods In Hollywood, Florida

Here’s a great color coordinated map that shows you good and bad neighborhoods of Pompano Beach. Green sections are the nicest, red are the worst, blue are average and yellow should be seen in person before making a decision. 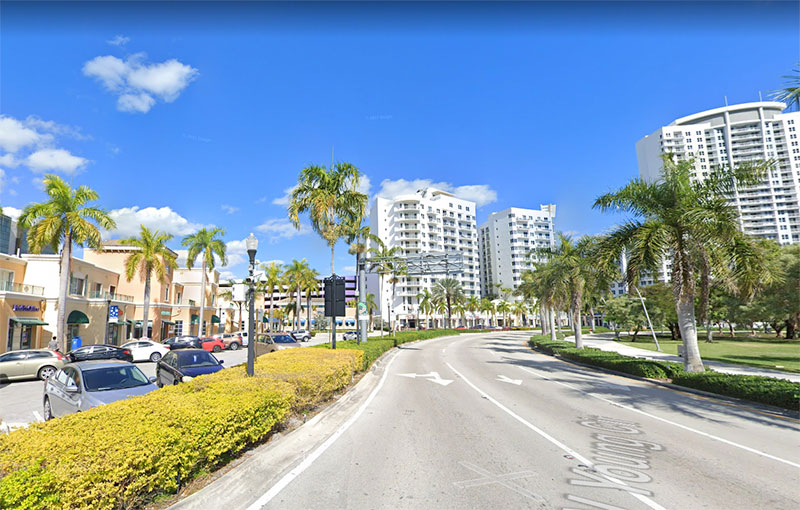 Downtown Hollywood, Florida is generally a safe area to visit. If you stick to the crowded areas around Young Circle, you’re unlikely to run into any trouble. Things can be different at night, so it’s best to stick to well populated and well-lit areas and avoid walking by yourself. 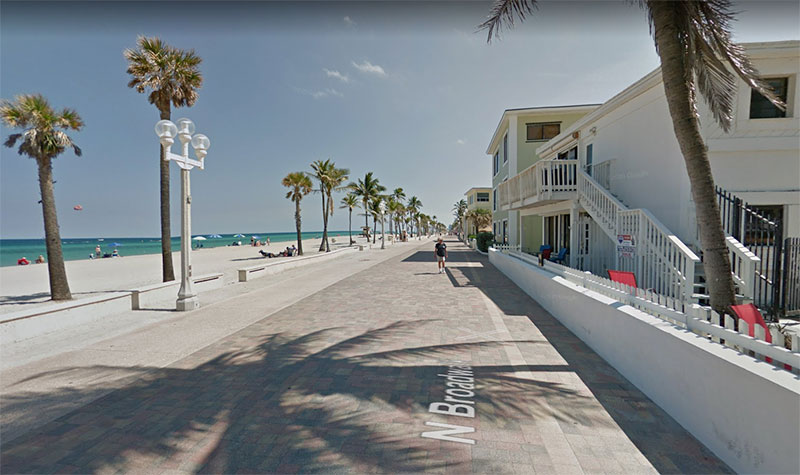 Hollywood Beach is generally a safe area to visit. It’s one of the main tourist attractions in Hollywood, so safety is a top priority there. While you’re unlikely to see any violent crime, it’s popularity means it can be a haven for petty crime. Pick-pocketing and theft does occur, so always be alert of your belongings.

The Hollywood Beach Broadwalk is generally a safe area to visit. At night there is less people around, especially on the weekdays, but the area is very well lit and vagrants don’t take over the boardwalk like its west coast counterpart, Venice Beach.

There are also live performance at the Hollywood Beach Theater on Wed-Sun from 7pm to 9pm and usually there is a crowd of people, so you won’t be totally alone on those days.

What do residents of Hollywood, Florida say about it’s safety?

Is Hollywood, Florida Safe For Women?

Hollywood is safe for female solo travelers, as long as you learn the layout of the city, avoid problem areas, don’t walk alone at night and follow general precautionary measures.

It should be noted that while the tap water in Hollywood Florida meets the EPA health guidelines, it can still contain contaminants present in trace amounts that could potentially cause health issues over the long-run.

Is Hollywood, Florida Safe From Hurricanes?

Hollywood is not safe from hurricanes and is actually very susceptible to them, due to its location on the south-eastern tip of Florida.

Since 1851, Broward County has been hit by 27 hurricanes and many more tropical storms.

On October 24, 2005, Broward County was hit directly by Hurricane Wilma, which caused $19 billion in damage and resulted in 30 deaths in the state of Florida.

When is hurricane season in Hollywood?

Is it safe to visit Hollywood during hurricane season?

Are There Alligators In Hollywood, Florida?

A Few Things You Should Do While Visiting Hollywood, Florida According To Locals

How Dangerous Is Hollywood, Florida?

Hollywood is not dangerous at all and is a pretty safe city. It’s violent crime rate is well below the national average and the state average and ranks similar to cities like San Jose and San Diego.