If you are thinking about visiting Boca Raton and have some qualms about the safety of the city, we got you covered.

We are going to deep dive into the statistics, look at some maps, graphs and talk to the residents of the city to give you a better understanding of how safe Boca Raton really is.

Is Boca Raton Safe To Visit?

Statistically speaking, Boca Raton is a very safe place to visit. It is one of the safest cities in Florida. In 2020, Boca Raton had a violent crime rate of 211.45 per 100,000 people, which is well below the state and national average. 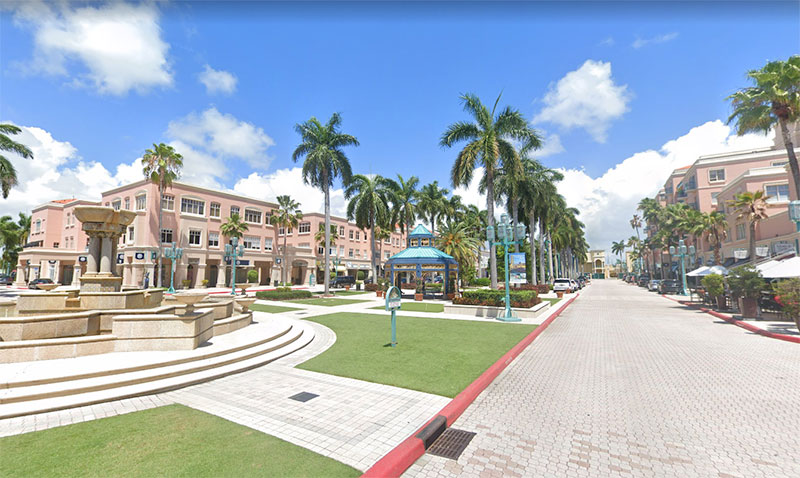 As a tourist, and assuming you will be going to the beach and doing normal touristy things, you should have absolutely no problem while visiting Boca Raton.

Here’s a map showing you how violent crime has trended in Boca Raton over a 30 year period. 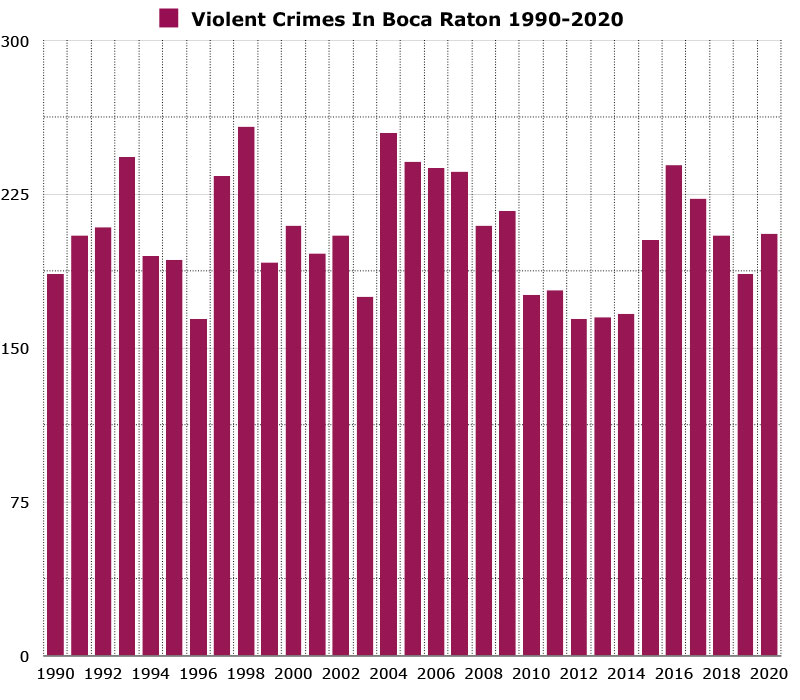 Here’s a map showing you how property crime has trended in Boca Raton over a 30 year period. 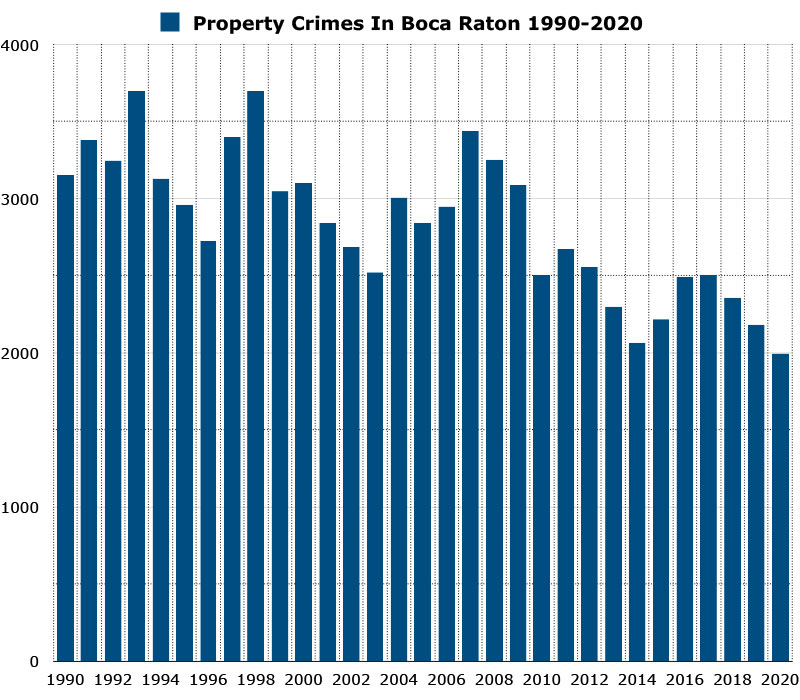 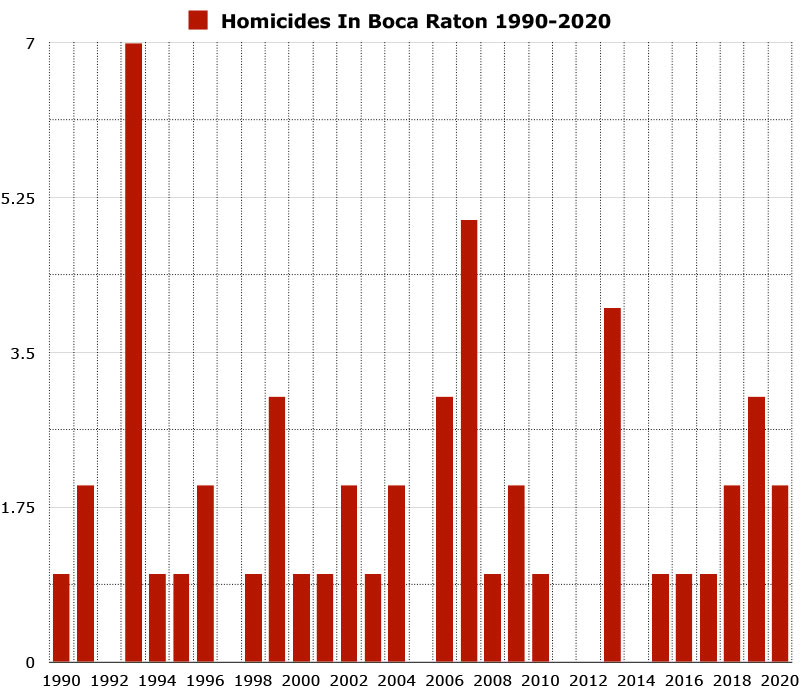 Boca Raton vs The Rest Of Florida 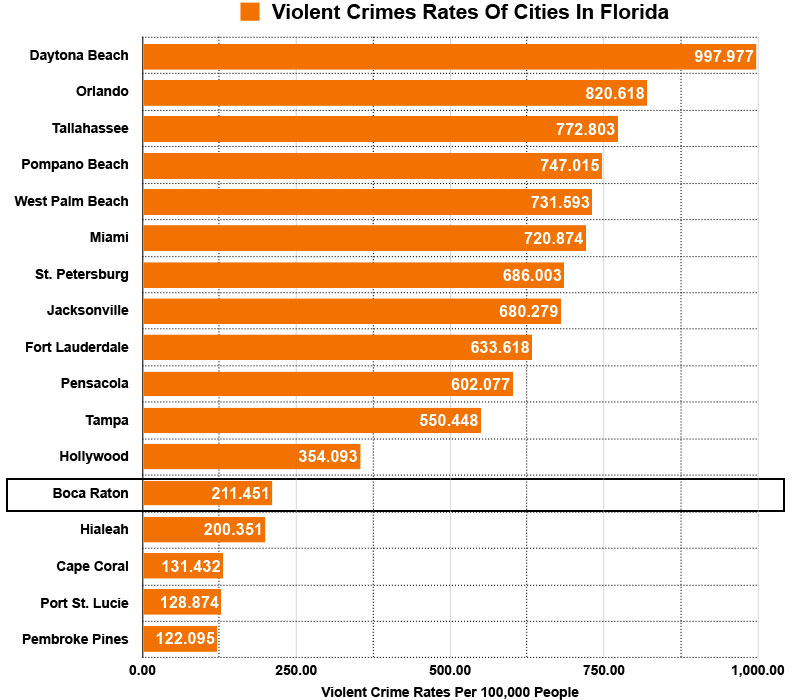 Is Boca Raton Safer Than Miami?

Statistically speaking, Boca Raton is safer than Miami. Miami’s violent crime rate is almost 3x as high as Boca Raton. It should also be noted that Miami has a higher property crime rate and murder rate than Boca Raton.

Boca Raton vs The Most Dangerous Cities in the United States 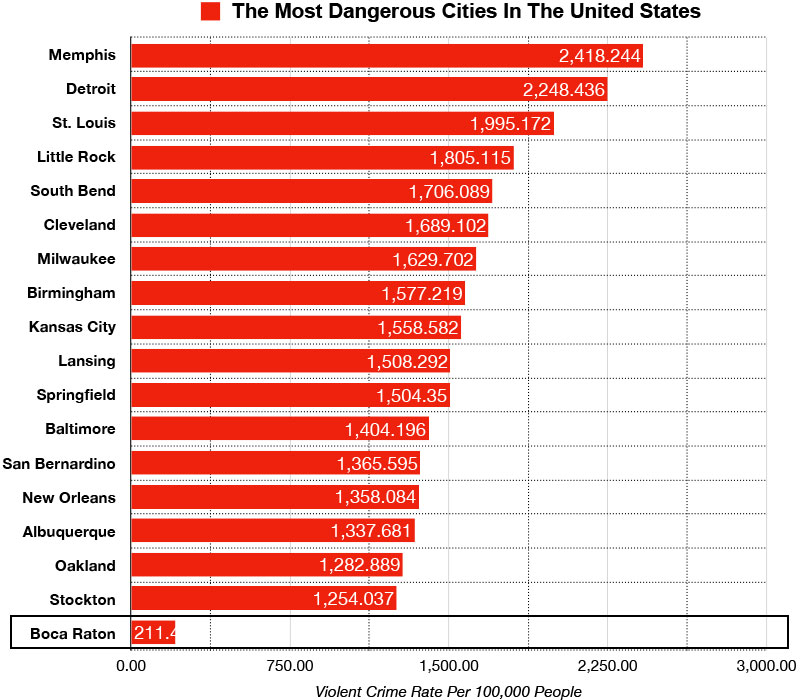 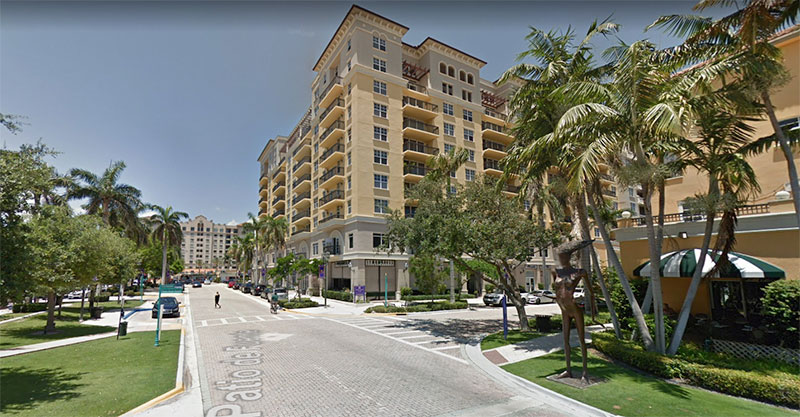 Downtown Boca Raton is generally a safe area to visit day and night. The downtown area is very walkable from Mizner Park to Royal Palm Plaza and there are plenty of good options for restaurants, bars and shopping.

Boca Raton Beach is generally a safe area to visit. It’s one of the main tourist attractions in Boca Raton, so safety is a top priority there.

The water is beautiful, nice, warm, clear and there is almost no trash and great restaurants nearby.

The biggest issue you will have is parking. You have to get there a little earlier if you want to park at the beach otherwise you might end up parking a little further than you would like.

What do residents of Boca Raton say about it’s safety?

Is Boca Raton Safe For Women?

While there are no guarantees, Boca Raton is generally safe for female solo travelers.

While the tap water in Boca Raton meets the EPA health guidelines, it can still contain contaminants present in trace amounts that could potentially cause health issues over the long-run.

If you have any concerns about the tap water in Boca Raton, we suggest that you use bottle water for your drinking needs.

Is Boca Raton Safe From Hurricanes?

Boca Raton is not safe from hurricanes and is actually very susceptible to them, due to its coastal location on the southern tip of Florida.

From 1871-2015, Boca Raton has been directly hit by around 26 tropical storms and hurricanes.

Boca Raton averages a direct hurricane hit every 5.8 years. The longest gap between hurricanes was 9 years, 2007-2015.

When is hurricane season in Boca Raton?

Is it safe to visit Boca Raton during hurricane season?

Are There Alligators In Boca Raton?

How Dangerous Is Boca Raton?

Boca Raton is not dangerous at all and is a very safe city. It’s violent crime rate is well below the national average and the state average and is one of the safest cities in Florida.