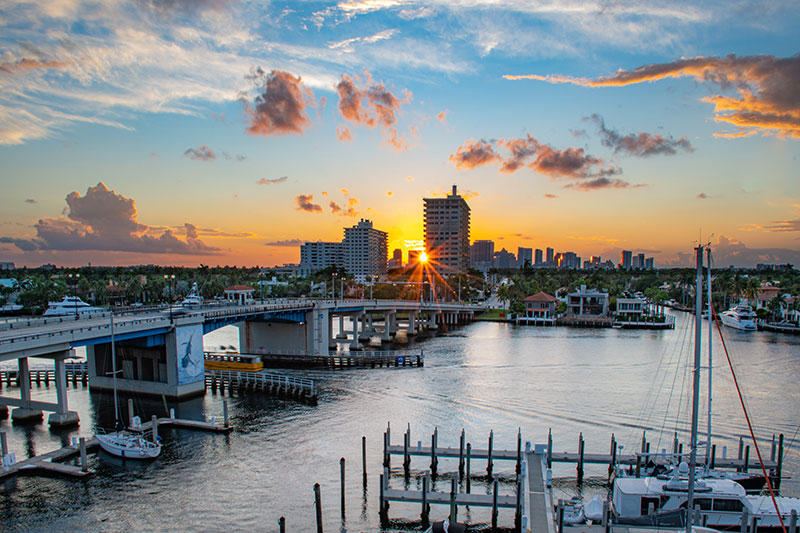 If you are thinking about visiting Fort Lauderdale and have some qualms about the safety of the city, we got you covered.

We are going to deep dive into the statistics, look at some maps, graphs and talk to the residents of the city to give you a better understanding of how safe Fort Lauderdale really is.

Is Fort Lauderdale Safe To Visit?

Statistically speaking, Fort Lauderdale is a safe place to visit. It’s crime rate is not indicative of an unsafe city. In 2020, Fort Lauderdale had a violent crime rate of 633.62 per 100,000 people and is on par with cities like Seattle, Jacksonville and Portland.

As a tourist, and assuming you will be going to the beach and doing normal touristy things, you should have absolutely no problem while visiting Fort Lauderdale.

Most of the crime in Fort Lauderdale occurs on west side and away from places a tourist would want to see or visit.

Here’s a map showing you how violent crime has trended in Fort Lauderdale over a 30 year period. 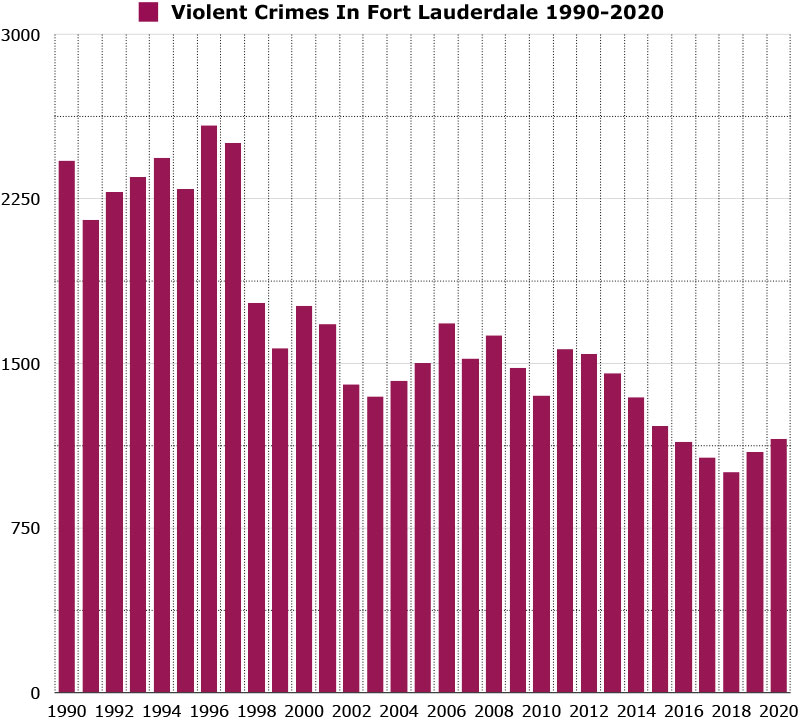 Here’s a map showing you how property crime has trended in Fort Lauderdale over a 30 year period. 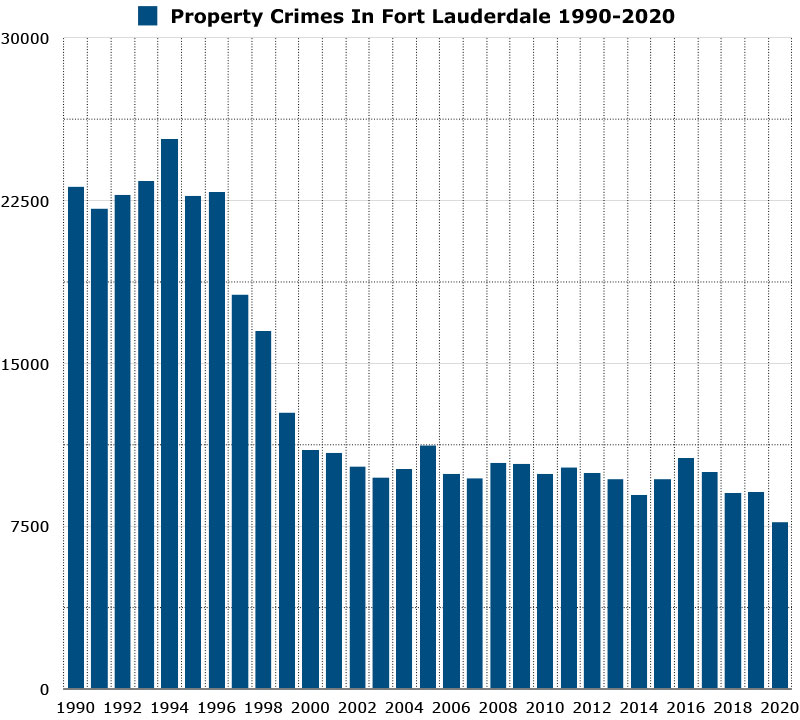 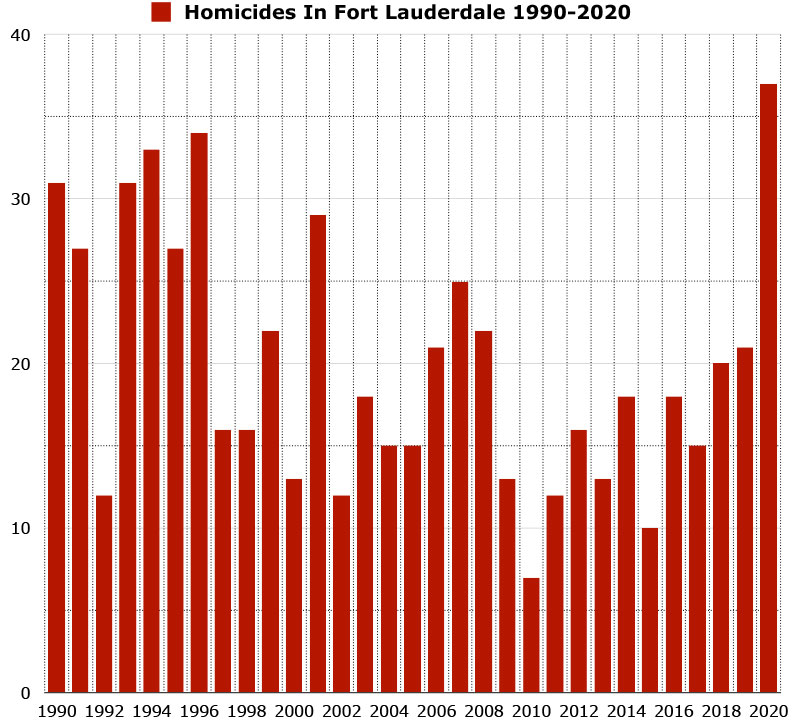 Fort Lauderdale vs The Rest Of Florida

Here’s a graph showing you the violent crime rates of the 11 most populous cities in Florida. Fort Lauderdale’s violent crime rate ranked 8th place among all the cities and is about 1.65x less than Daytona Beach, the city with the highest crime rate on the list. 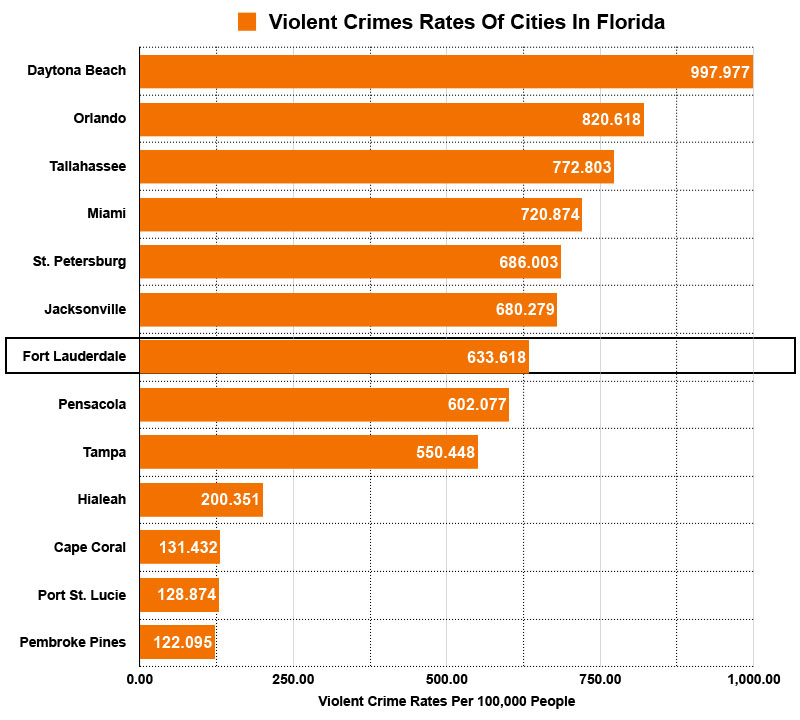 Is Fort Lauderdale Safer Than Miami?

Fort Lauderdale vs The Most Dangerous Cities in the United States 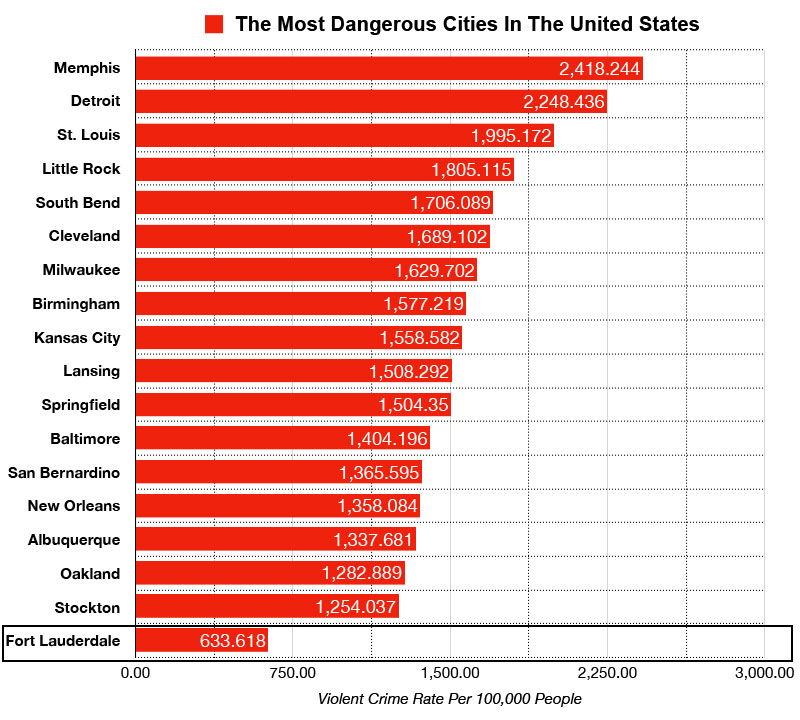 The Safest Neighborhoods In Fort Lauderdale 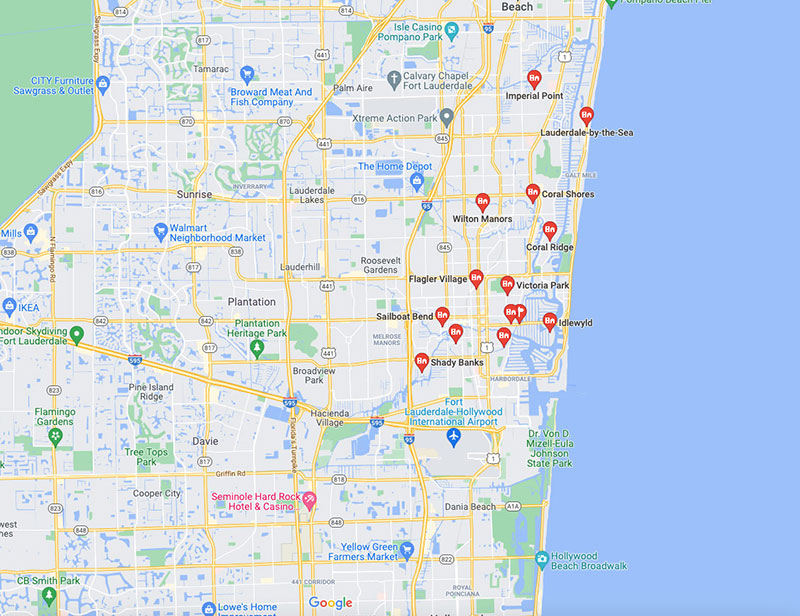 Here’s a great color coordinated map that shows you good and bad neighborhoods of Fort Lauderdale. Green sections are the nicest, red are the worst, blue are average and yellow should be seen in person before making a decision.

The Most Dangerous Neighborhoods In Fort Lauderdale 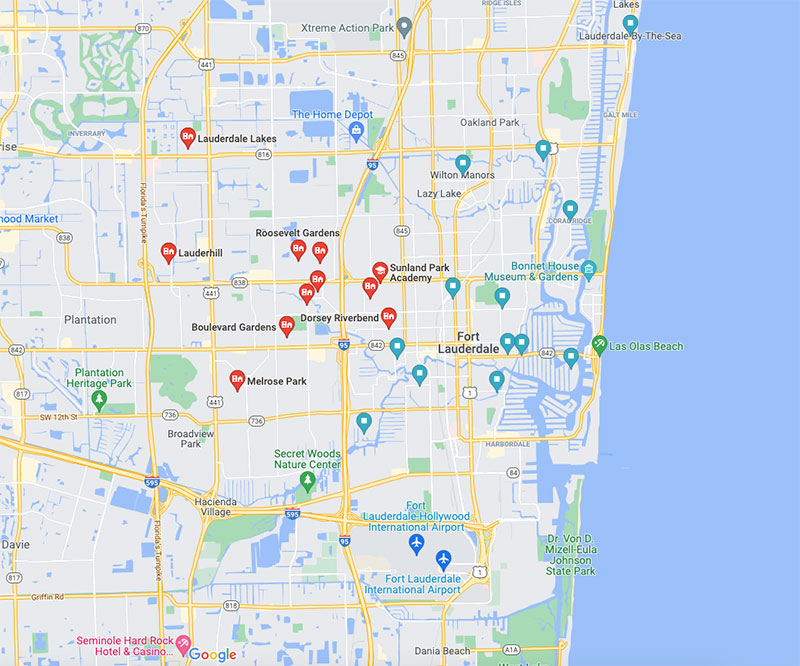 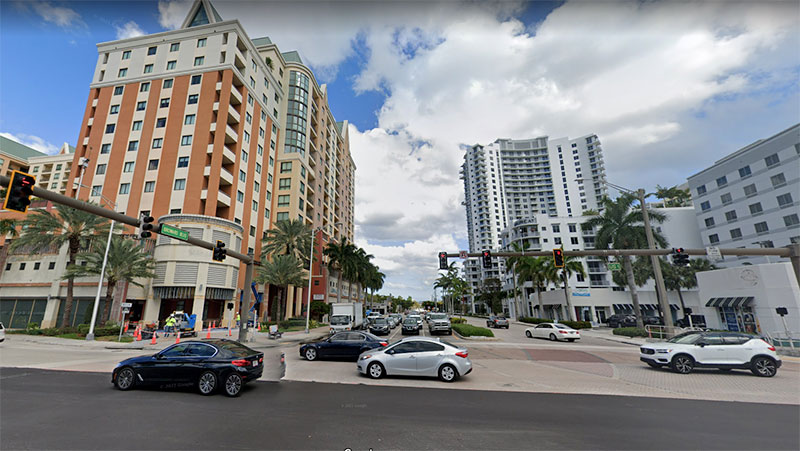 Downtown Fort Lauderdale is a generally safe area to visit. However we recommend that you avoid walking alone at night and to stick to well populated areas.

What do residents of Fort Lauderdale say about it’s safety?

Is Fort Lauderdale Safe For Women?

Fort Lauderdale is safe for female solo travelers, as long as you learn the layout of the city, avoid problem areas, don’t walk alone at night and follow general precautionary measures.

Is Fort Lauderdale Safe From Hurricanes?

Fort Lauderdale is not safe from hurricanes and is actually very susceptible to them, because of its location on the south-eastern tip of Florida.

Since 1851, Broward County has been directly hit by 27 hurricanes and many more tropical storms.

In October of 2005, Fort Lauderdale was hit directly by Hurricane Wilma, a category 5 hurricane. The hurricane caused significant flooding and damage to the city and resulted in 52 deaths total.

When is hurricane season in Fort Lauderdale?

Is it safe to visit during hurricane season?

Officially the water is safe to drink, but there is growing concern that the water is contaminated. In 2020, 211 million gallons of sewage spilled into Fort Lauderdale waterways and ranked as one of the biggest spills on record.

Residents were advised to boil water used for drinking, cooking and brushing their teeth for about nine days.

Many residents also complain that the water in Fort Lauderdale has a yellowish tint.

Here are what some residents think of Fort Lauderdale’s water:

A Few Things You Should Do While Visiting Fort Lauderdale