If you are thinking about visiting Garden Grove and have qualms about the safety of the city, we got you covered. We deep dived into the statistics, crime rates and talked to the residents of the city to give you a better understanding of how safe the safe the city really is. 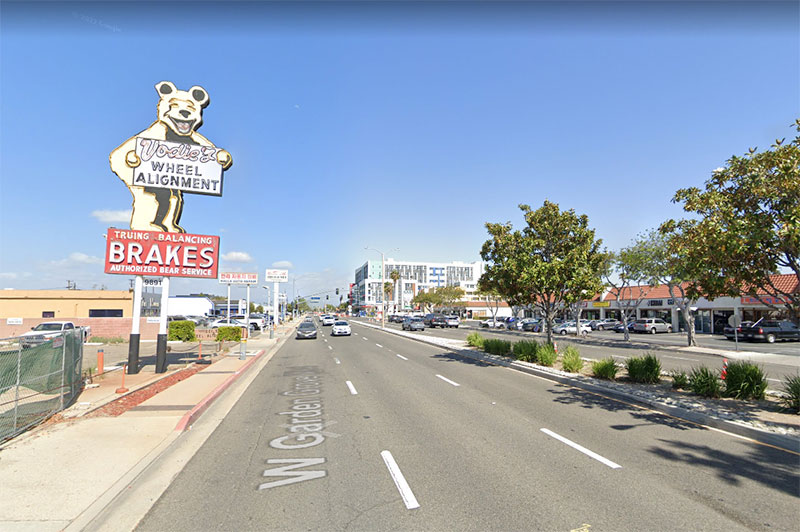 Statistically speaking, Garden Grove is a safe city as indicated by its crime rates. In 2020, Garden Grove had a violent crime rate of 297.76 per 100,000 residents, which is 25% greater than the national average. Garden Grove’s had a similar crime rate to Anaheim and San Diego.

The most recent, complete set of crime statistics comes from the FBI UCR and cross referenced with the Garden Grove PD and are for 2019 and 2020:

You have a 1 in 336 chance of becoming a victim of violent crime in Garden Grove.

Here’s a graph showing you how violent crime has trended in Garden Grove in the last 11 years. 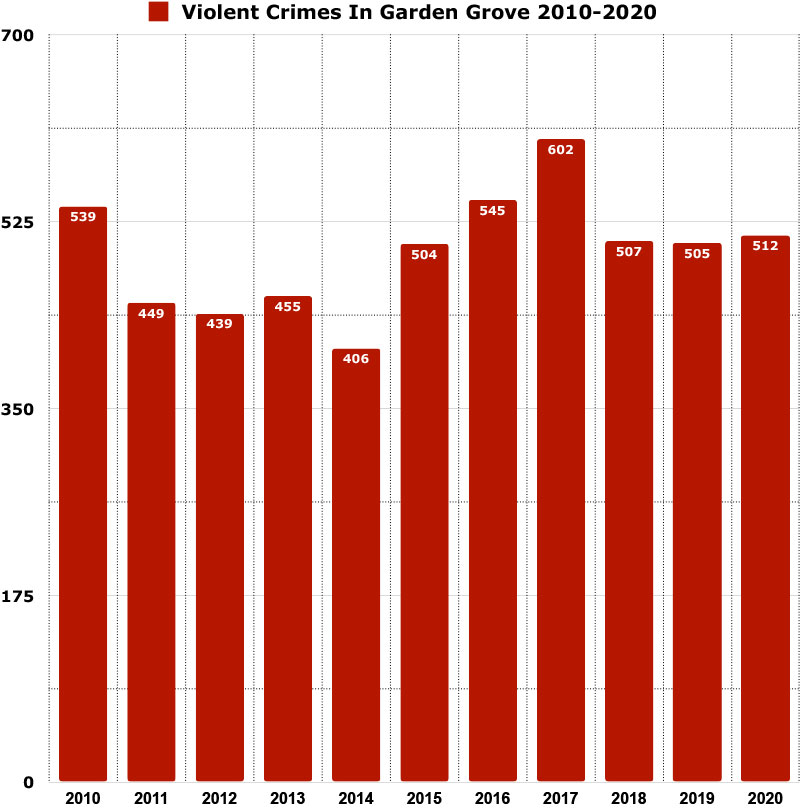 You have a 1 in 43 chance of becoming a victim of property crime in Garden Grove.

You have a 1 in 85,975 chance of becoming a victim of property crime in Garden Grove.

Here’s a map showing you all the locations of violent crime (homicides, sexual assaults and robberies) in Garden Grove from 6/19/2021 – 6/19/2022 via Community Crime Map 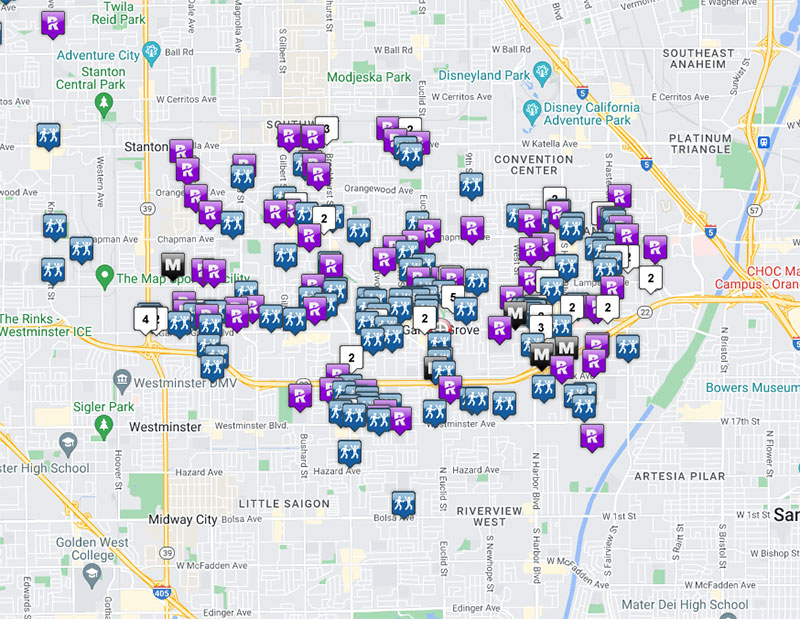 Garden Grove’s crime rate vs other cities in California (2020)

Is the public transportation in Garden Grove, CA safe?

The public transportation system in Garden Grove is handled by the OCTA, which offers many routes that interweave throughout the entire city.

The OCTA is generally a safe option to use during normal commuting hours (6am – 8pm). 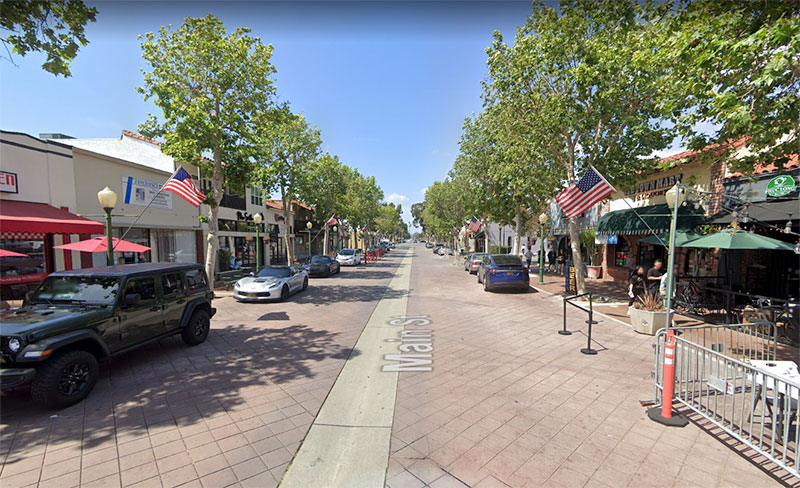 Downtown Garden Grove (Main St) is generally a safe during the day and at night. It is a well populated area with many shops, bars and restaurants.

The only thing you really need to worry about is some drunk idiot coming out of a bar and trying to start a fight. Other than that, we recommend that you not stray too far outside the area late at night.

Garden Grove is safe at night as long as you stay in well populated and well lit areas at night. Walking through desolate areas late at night is a recipe for failure.

What do residents of Garden Grove say about it’s safety? 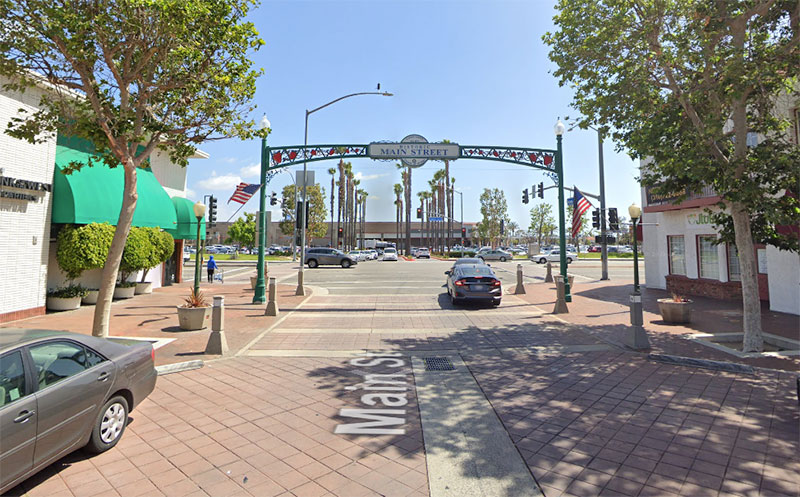 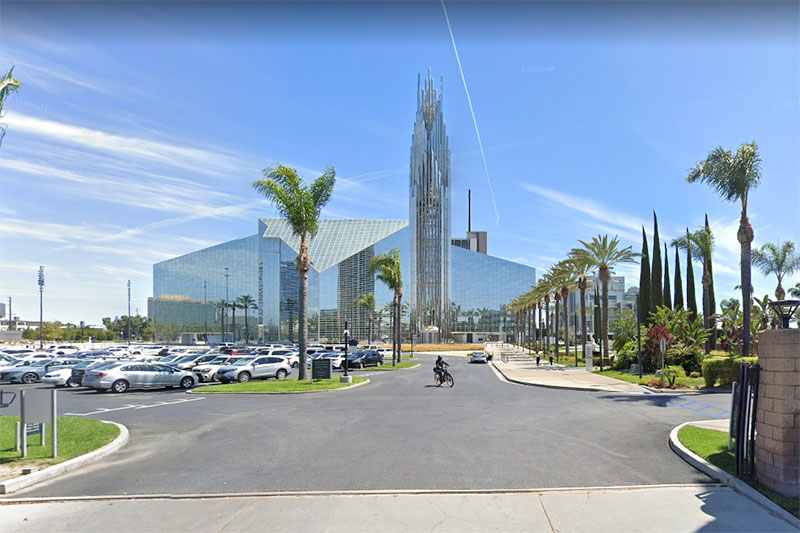