Situated in California’s central valley, Modesto is known for its rich agricultural history and its central location to the ocean, lakes, the Sierra’s and Yosemite. It’s the birthplace of George Lucas and the inspiration for his classic 1973 film ‘American Graffiti’.

If you are thinking about visiting Modesto and have qualms about the safety of the city, we got you covered. We deep dived into the statistics, crime rates and talked to the residents of the city to give you a better understanding of how safe the safe the city really is. 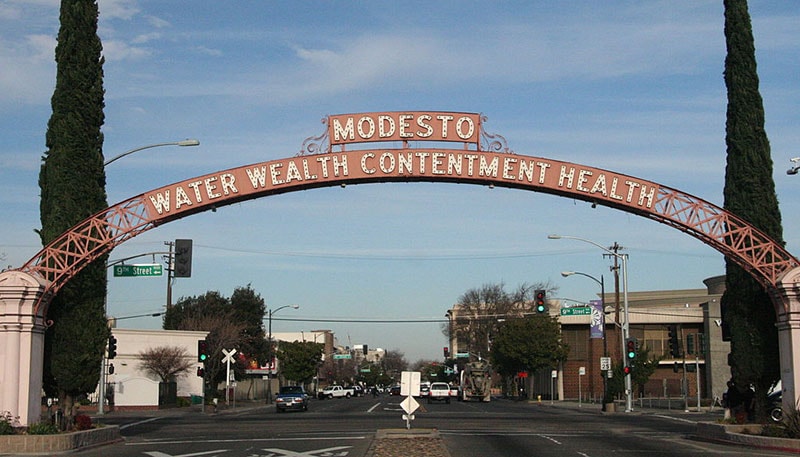 The most recent, complete set of crime statistics comes from the FBI UCR and cross referenced with the Modesto PD and are for 2019 and 2020:

You have a 1 in 134 chance of becoming a victim of violent crime in Modesto.

You have a 1 in 40 chance of becoming a victim of property crime in Modesto.

Year over year murders has increased by 23%

Modesto’s crime rate vs other cities in California (2020)

Here’s how Modesto’s crime rate compared to other cities in California. Modesto has a similar crime rate to Los Angeles and Sacramento.

Areas to avoid in Modesto

According to residents of Modesto, the south and west sides are the sketchiest parts of the city. 9th Street also has a reputation for being a hotbed for illicit activity.

Is the public transportation in Modesto safe?

The public transportation system in Modesto is handled by the Modesto Area Express (MAX), which offers many routes that interweave throughout the entire city.

The Modesto Transit is generally a safe option to use during normal commuting hours (7am – 8pm), however we recommend that you use a taxi or ride sharing service outside of those hours.

Is Modesto safe at night?

Modesto is generally safe at night as long as you stay out of the problem areas listed above.

Be aware that streets and squares that are perfectly safe to visit in the daytime can be questionable and sketchy at night.

Is Modesto safe for a solo traveler?

Modesto is safe for all travelers, including female solo travelers!

If you visit Modesto alone you’ll be plenty safe if you practice common sense when it comes to safety (i.e. avoid walking alone at night, locking up your vehicles, and keeping an eye on your things belongings).

What do residents of Modesto say about it’s safety?