If you are thinking about visiting Washington DC and have some qualms about the safety of the city, we got you covered.

We are going to deep dive into the statistics, look at some maps, graphs and talk to the residents of the city to give you a better understanding of how safe Washington DC really is.

Is Washington D.C. Safe To Visit? 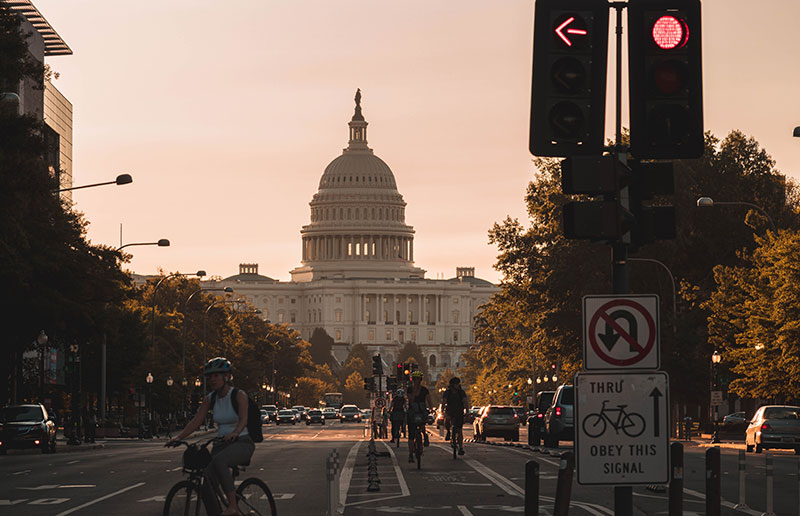 *All data is from FBI Crime Data Explorer

Here’s a map showing you how violent crime has trended in Washington DC over a 30 year period. 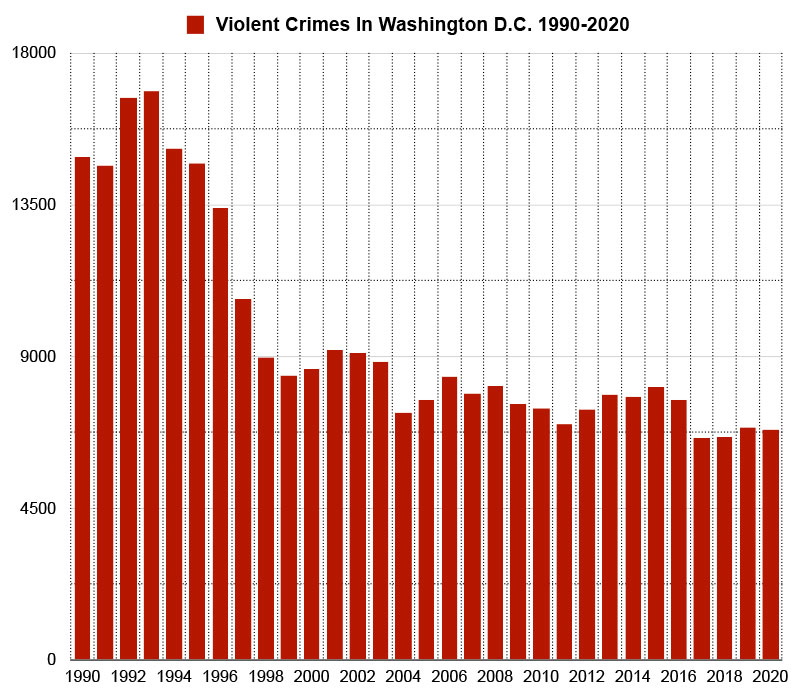 Here’s a map showing you how property crime has trended in Washington DC over a 30 year period. 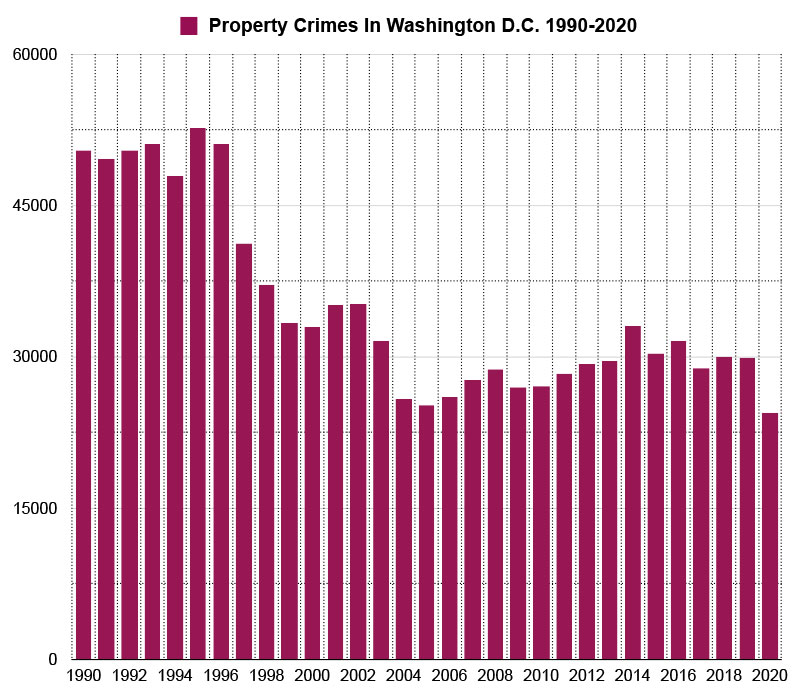 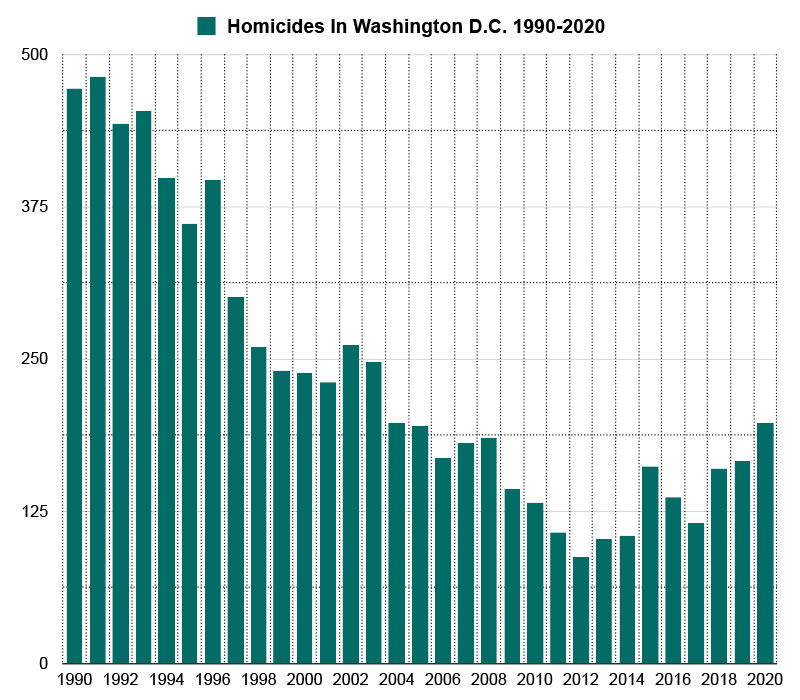 Washington D.C. vs The Most Dangerous Cities In The United States 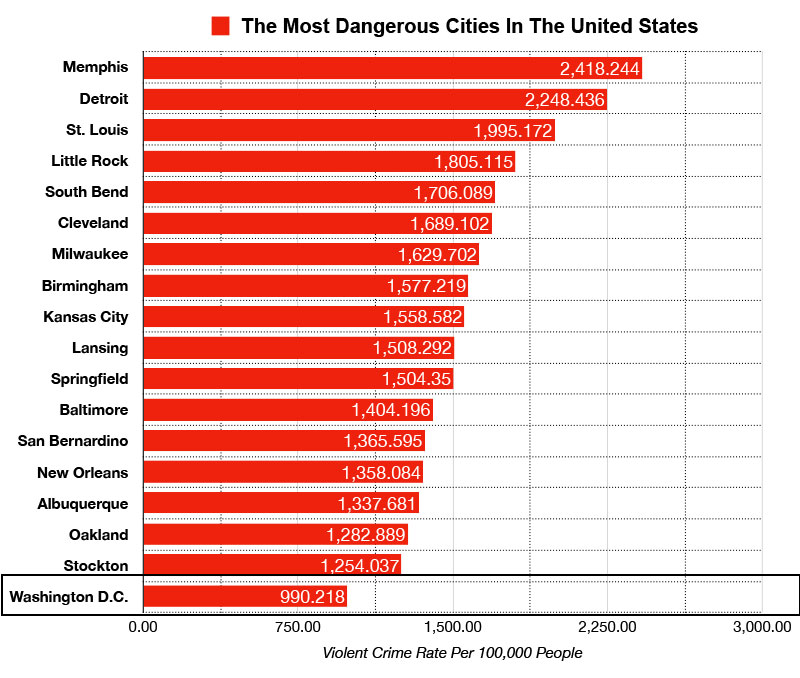 Here’s a map showing you the where gangs are most active in the city: 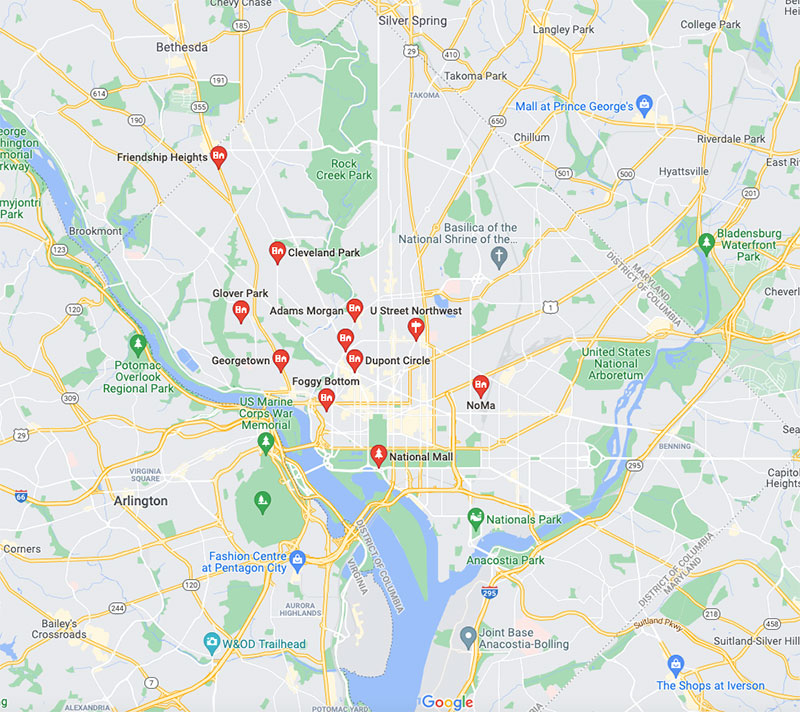 What do residents of Washington D.C. say about its safety

Is The Washington D.C. Metro Safe?

The D.C. Metro is generally safe during daytime commuting hours. Late at night it can feel a bit sketchy as less people are using the trains. Avoid traveling alone on the metro after 9 pm. Lyft/taxis are always a better and safer option.

Here are some tips to help you have a safer trip while using the metro:

Is Washington D.C. Safe For A Woman?

Washington D.C. is safe for female solo travelers, as long as you learn the layout of the city, avoid problem areas and follow general precautionary measures.

Washignton D.C. has come a long way from shedding its ‘Murder Capital of the World’ reputation from the 90’s. Effective leadership, policing and gentrification has brought crime down in all categories.

Statistically it still register closer to the unsafe spectrum. The violent crime and property crime rates are still noticeably high and there are huge swaths of Washington D.C. that you should avoid, specifically, east of the river and north-east D.C. However, these are generally areas that a tourist wouldn’t want to visit anyways.

If you stick to the National Mall area and the north-west parts of the city and if you follow the safety tips posted above, you can mitigate a lot of your chances of becoming a victim of crime.